The recently-proposed legalization of homosexuality in Namibia has placed many individuals, interest groups and organizations into total discomfort and disorientation.

It is therefore essential to discuss this issue before it causes further polarization.

This issue is very fundamental because it cuts across societal boundaries at cultural and religious levels. Understandably so, this issue also has a profound influence on our legal environment as Namibians.

This time Namibians are placed at the dawn of societal conflict; our cultural and religious norms are put to the test not only as a traditional African society but as a secular state defined by the Constitution of the Republic of Namibia.

Our love for modernity, human rights and democracy is on a litmus test both as individuals and as a modern nation. We are facing a moral and legal challenge, the time for surrendering our very basic philosophies which underpin our existence as an African human species is right at our doorstep.

With the current calls for the legalization of homosexuality, Namibia is facing a fist time experience like a virgin experiencing her first sexual activity. It’s a test of time, a test of knowledge and experience and a test of our fortitude and tolerance as an African nation into either conformity of so-called human rights or total rebellion of the very human rights which our Constitution subscribes to.

Of course homosexuality is not a new thing in Namibia or anywhere else in the world; its existence has been equaled to the existence of humanity.

Firstly, religion, especially Christianity, is the biggest section of society in Namibia which has been severely opposed to homosexuality for centuries. Secondly the traditional African customs and culture, many if not all, are fundamentally against the practice of homosexuality.

Both religion and many African traditional cultures are friends at shaming this anomaly element called homosexuality million times more than they do with polygamy, poverty and crime put together.

Our choice as Namibians is to either keep quiet and let it slide through by swallowing our pride, religions and culture in accepting the new normal of legalizing the old practice of humanity which has been deemed evil both by our traditions and religions or defend the status quo of repressing this minority homosexual call for legalization.

Those who are calling for a referendum on the issue of legalization of homosexuality could possibly be correct but Namibians also need to understand that this issue has international interest and our Constitution as a republic is born and bound to these international strings because Namibia is a member of the global community.

The moral and legal orientation of the issue of legalization of homosexuality is very much problematic given the fact that all of us here on earth are human beings and we live in accordance with different norms and laws which regulate and give prescriptions as to how we should live as different societies with different religious and cultural norms.

We cannot ignore that fact that we are all humans who live and believe differently but we should also not let our beliefs to fool us on the scaling of moralities and immoralities for morality is relative meaning there is no universal definition or standard of morality. No law, culture, belief or creed can be moral of all or anything.

In matters where some acts are deemed inhuman or unnatural we should apply the principle of treating equal cases equally and unequal cases with regard to the proportion of their inequality in order to get or implement justice.

There is a case where an Anglican bishop took public platform to say he is not against the practice or its legalization but theology is because the Christian doctrine is very clear in terms of how a bishop or any other clergyman should conduct ‘marriages’ which are only recognized in Namibia as legal and valid marriages in terms of such doctrine if they were to be between a male and a female persons suggesting that the term ‘marriage’ cannot be used to describe a union between homosexuals in terms of the Christian religion.

This is already an indication that the doctrine of faith is a problem and an obstacle to the issue of homosexuality not necessarily due to the desire of Christian individuals for a Christian individual can also be homosexual. It appears that there is a need to reform Christianity for Namibia to legalize homosexual unions for currently the two cannot coexist.

Society has to be reformed first both culturally and by religion so that the current moral orientation of Namibian society begins to evolve to accept the new norms of legalization of homosexuality. It is not difficult to legislate on homosexuality as there is sufficient local and international support but unfortunately the moral composition of the current society in Namibia is not compatible due to the nature of moral and social orientation and grounding found upon their living cultures and religions.

It could be a necessary step to reform our systems of belief before considering putting all Namibians of different cultures in one legal umbrella because changing the law will not change the cultures and religions.

It is very saddening that even the holiest book which defines the basic ethical standard of a Christian is in conflict with homosexuality. Homosexuality has been deemed unnatural, evil and immoral mostly because it’s not in accordance with natural and biological order of sexual reproduction, meaning with the legalization of homosexual unions the human population will certainly decrease significantly.

But what is more puzzling is the fact that homosexuality is already among the society and by legalizing it such act will mean amending the legal elements in terms of how we define sex and rape, amending the bible and adjusting traditional norms all in just one go which seems very much complicated and improbable at this juncture.

There is a dire need to first lay a foundation of moral evolution if there is a need to legislate homosexual unions in Namibia because legalizing it now is much more incompatible and dangerous; it’s like wanting to play a cassette-tape recording in a modern windows computer.

To round off, let’s interpret this issue by engaging the words of German philosopher Fredrich Nietzche who said ‘morality makes stupid’ and he further said “Those who were seen dancing were thought to be insane by those who could not hear the music”.

– Shivute Kaapanda is an Activist writer and Philosopher from Eyanda village; he is also the Author of the book titled “The Conscious Republic” published in 2020. Reach him at; iskaapanda@gmail.com 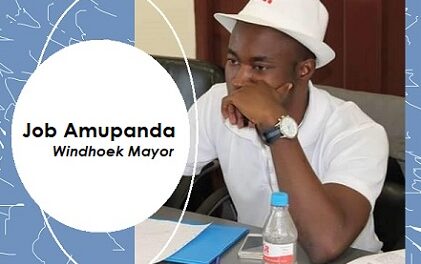 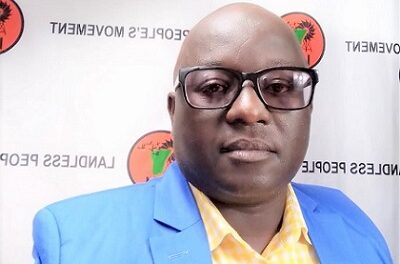