WHO is Gwanandjokwe?  One might question, rightly so, conscious of everyday’s callings related to the female elders especially whose Christian names are Selma.

The following account gives meaning and enlightenment and answer to the question in the preceding sentence as to whom does one, especially in the Ondonga territories, mean when one refers to another as “Gwanandjokwe”, and where this designation is derived from.

As the saying relates to the oral history, Gwanandjokwe became a fashionable pseudonym or nickname in Ondonga and the surrounding territories in Owambo. Onandjokwe is the famous area in Ondangwa constituency located in Oniipa settlement adjacent Onethindi area in Oshana region.

Oral history has it that during King Nehale lyaMpingana’s era, like other missionaries, the Finnish medical missionaries occupied South West Afrika, now Namibia, with their mission based on the religious teachings of Christianity and Euro-based medicinal healings aimed to indoctrinate and Europeanise African people.

Estimated, December 1809 a Finnish medical missionary squad arrived in Ondonga kingdom east of Owamboland; one of them was Dr. Selma Rainio, a missionary medical doctor.

Dr. Selma graduated from Helsinki University becoming a doctor of medicine; she strongly subscribed to the ideologies of feminism and Christianity and she changed her surname in 1806 to Rainio, the name of her village being Saarijavi.

When she arrived in Namibia with other Finnish missionaries, it is said that Dr. Selma Rainio started treating patients at Oniipa mission station without a hospital. As oral history can recall from Aandonga people, it’s said that it was hard for Dr. Selma Rainio to obtain medical supplies so she often consulted the local traditional healers about the medicinal uses of local plants.

When the need to build a hospital became a major concern, it’s said that the then King of Ondonga West, King Kambonde KaMpingana, the brother to King Nehale LyaMpingana who was in charge of the Ondonga East, made provision for a land in order to build a hospital at a site where popular traditional healers worked. The place was deliberately chosen as it was felt that it would be wiser for all health practitioners to be operating in the same vicinity.

Named after Oondjokwe (plural) for the “black goose” that liked gathering in large numbers in the area allocated, (“Oondjokwe” loved the waters found in the valley,) the place became Onandjokwe and thus the Evangelically Christianized Hospital was named after “Oondjokwe” (Onandjokwe Lutheran Hospital), meaning the place “of black goose”.

It became the first hospital in the northern Namibia when it was built in 1911 by the Finnish Missionary Society under the stewardship of Dr. Selma Rainio. The hospital is currently owned by Evangelical Lutheran Churches in Namibia, (ELCIN) via Medical Lutheran Services.

But who is Gwanandjokwe? In the final clarification, it is said that with her determination to lead the medical fraternity and accomplish her mission, Dr. Selma Rainio was called “Kuku Gwanandjokwe” translated as ‘Onandjokwe’s Grandmother’, by the local people of that time.

Local people became inspired by her work in treating patients with exceptional care and love, thereby making her earn the endearing name “Gwanandjokwe” and at the same time having local women to name their children after her.

The legacy of this community-loved doctor is carried on in the name “Gwanandjokwe” which many people in Ondonga whose Christian names are Selma “Seelima Gwanandjokwe” continue to carry. Today every Selma in Ondonga is referred to as Gwanandjokwe in relation to the famous Finnish medical missionary doctor Selma Rainio-Gwanandjokwe.

Dr. Selma Ranio died in January 1939 in Onandjokwe after 31 years of medical service to the Aawambo people, and was buried at a hospital cemetery “Oniitewa” with her patients and co-workers. The stone sculpture by Alpheus Mvula in  memorial of Gwanandjokwe is erected at Onandjokwe hospital medical museum; the sculpture depict the black goose “Ondjokwi” (singular)  as we mourn the passing of history in the form of Christianized health services.

— Shivute Kaapanda is a critical pan-African writer from Eyanda village in Omusati region. He is a columnist and author of the seminal book “The Conscious Republic” published in 2020. 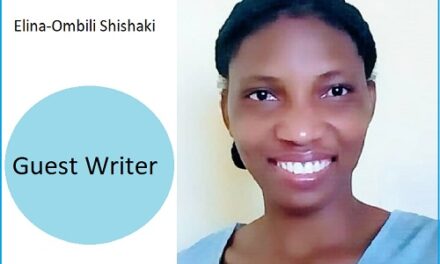 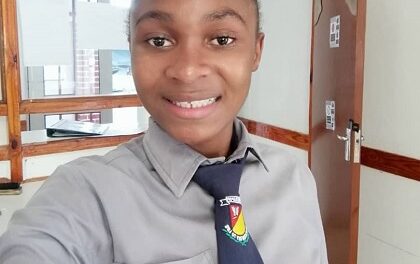