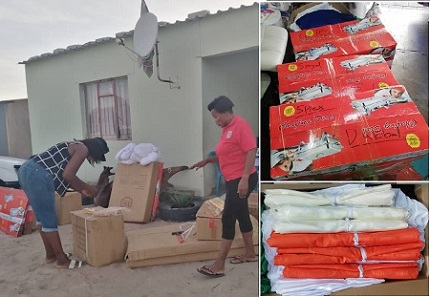 Ohangwena business owners in the catering sector are living the example that working together can bring more benefits than working alone.

The determined business people are doing this through their decision to come together and collectively order their goods from South Africa.

Speaking to Omutumwa, Ms Linea Haimbodi, the chairperson of Eenhana NCCI Branch, who is also the group leader, said that the idea to order goods from South Africa in groups instead of individually has proven that together more can be achieved.

“We started as a group of just a few women from Ohangwena. But today we have a lot of people who have joined us, including men and some women from other regions like Oshana and Oshikoto,” Haimbodi said.

“Mostly what we do is to pool resources together to pay for the truck and customs clearance at the border, so that the transportation and delivery of our goods would be smooth and cheaper than if done on individual basis.

“If the truck has just brought the goods up to Ondangwa, I usually drive to Ondangwa to collect the goods and bring them to Eenhana for our members,” she stated.

However she added that sometimes there are challenges caused by group members who are difficult to work with.

“During delivery of last week, there was one lady who was so unkind with me. She kept on pestering and bothering me with demands to have her goods delivered without any delay even while the truck was on its way.

“But generally the group is doing well. Most members of the group are happy. And we even want to expand and start doing more than this.

“We have ideas of reaching out to fellow entrepreneurs in Kavango regions so that we see what type of goods and products are manufactured there so that we can exchange those with goods and products produced in our region here, so that we give them and they also give us the things needed in our businesses without involving any money in such exchanges.”

Although it is difficult to work with people in groups, Haimbodi said that it is possible to organise people for mutual benefit, and actually it is the way to go in creating sustainable businesses, as the saying goes in Oshikwanyama that “Omunwe umwe ihauli tool’ ona.”

In the photo: Taking stock of the delivery of some catering goods from neighbouring South Africa. 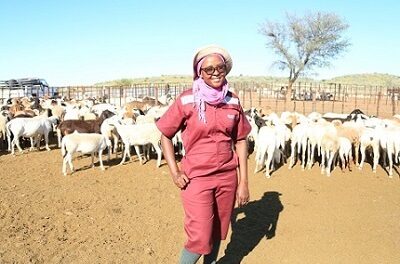 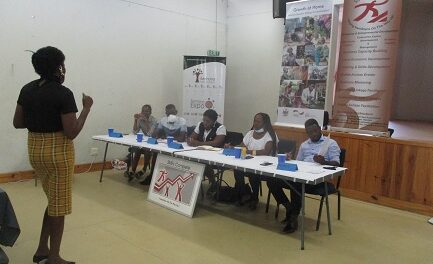