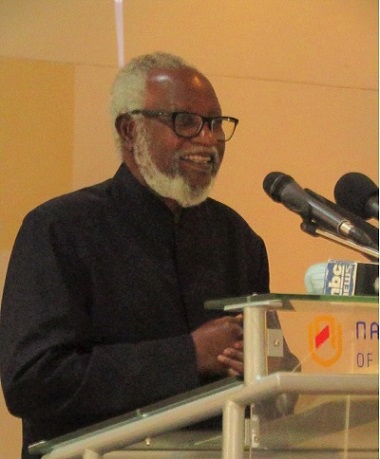 The Founding President Dr. Sam Nujoma was the first person to pledge a cash contribution towards the construction of the Namibia University of Science and Technology (NUST) Campus in Eenhana.

Although Nujoma was not one of those who pledged the highest contributions, his contribution signified his decades-long commitment to advancing the prospects of higher education for the youth before and after Independence.

Nujoma was one of the guest speakers at the launch of the fundraising campaign of the NUST Eenhana Campus Project which aims to raise more than N$1,2 billion to set up NUST’s first Satellite Campus over a period of 10 years.

“Indeed the NUST Eenhana Campus establishment is in line with the national development goals and it’s targeting the development of human resources in general, while advancing science and technology,” Nujoma said.

“Allow me to congratulate the Chancellor of NUST Professor Peter Katjavivi and the Vice-Chancellor Dr. Erold Naomab and his team for setting a good example for the rest of Namibia to emulate.

“I am reliably informed that the project is already at an advanced stage and the university campus will start early next year with the teaching and learning.

“In order for this noble cause to be realized it will need contributions of finances from various stakeholders, including government, non-governmental organisations, traditional authorities, private sector, civil society and others,” the Founding President stated.

“Therefore, in order for us to make this project a great success let us dig deep into our pockets and honour our commitments by fulfilling what we are going to pledge from this day.

“For this reason allow me to pledge an amount of N$5,000 for this project.

“Finally allow me to thank all of you present here today for gracing this occasion with your presence. We overcome challenges when we work together as a team. As I always say: a people united striving to achieve a common good for all members of society will always emerge victorious!”

In the photo: Dr. Sam Nujoma at Eenhana yesterday. 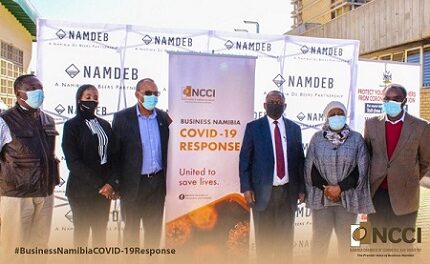