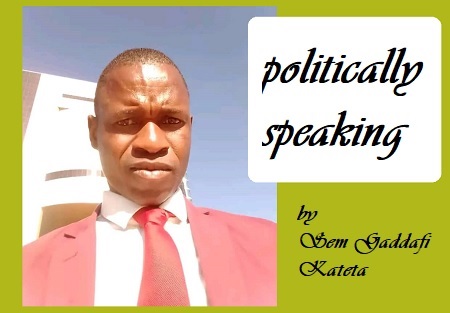 I have to just say something on the issue of Ramaphosa’s stolen millions by sharing the similarities between Omes and Buffalo and their political modus operandi.

First and foremost, we ought to know that these two gentlemen were both chairpersons of their respective constitutions drafting/negotiations, hence it’s not surprising that they are violating the same laws they made for others and not themselves probably.

Well, I don’t want to dwell much on their liberation struggle credentials. But honestly speaking their conducts after ascending to power makes it clear that they didn’t fight for their countries to be free, but to get their turns to eat.

To us, who are well acquainted with politics, we know how Ramaphosa played and tried to destroy and totally annihilate political careers of those who were not on his slate. Ace Magashule is still suspended and fighting court battles, legendary and veteran of liberation struggle Jacob Zuma who is even an ex Robben Island prisoner was humiliated and imprisoned for nothing.

Now I understand why did Msholozi refuse to testify at Zondo Commission and why Raymond Zondo is now the Chief Justice.

Back home, we are privy of how after the 2017 Congress, Omes mistreated, humiliated and purged those who were not on the Harambee slate. The likes of Cde Nahas Katusha Angula were sidelined and left out of the Namibian house, freedom fighters Jerry Maudjuu Ekandjo, Pendukeni ‘the Iron Lady’ Ithana were purged from the Harambee cabinet, the likes of Cde Petrina Haingura were even withdrawn from Parliament for no apparent reason.

We can’t pretend to talk about unity and pulling together when some are left out for not dancing to the tune of the wrong Harambee choir’s music.

In actual fact, most of the genuine SWAPO and not the come-eat boys and girls of the Harambee big boss were and still are ostracised, abused and starved.

I’m not too sure if the Harambee ruthless regime is not using the “carrot and stick or make the economy scream American system”.

Some comrades died from the depression so-called Covid-19, some are still battling depression and resort to alcohol abuse like myself to drown our sorrow, some retired from politics prematurely. We can’t go on like this, unless the Harambee boss harbours ulteriour motives to destroy our mighty SWAPO and great Namibia.

Comrades and fellow citizens, the centre is not holding and the emperor is naked. We can’t pretend otherwise. Look around you, how many employable people are unemployed, how many graduates are poverty stricken, how many businesses are shattered and dreams deferred?

Even tenderpreneurs have started drinking Carling black labels instead of cognac. Something is fishy although not all of us are exposed to Fishrot.

But instead of our president attending to the pressing issues, he is either dancing, globe-trotting or on the phone with Ramaphosa if not bestowing state and heroes funerals to his friends.

– Sem Gaddafi Kateta is a socio-political commentator, member of Swapo Party and fearless critic of the ruling elites. He lives in Omuntele, Oshikoto Region.

Glory to “Putinism”: an analysis on Russo-Ukranian conflict