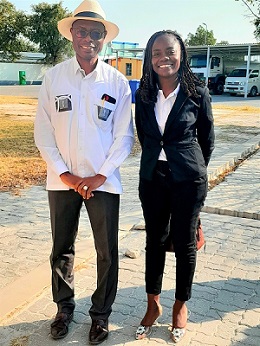 During a consultative meeting with Finance Minister Ipumbu Shiimi last week in Oshakati, the Namibia Chamber of Commerce and Industry (NCCI) recommended that commercial public enterprises (PEs) go into partnerships with private sector firms as a strategy to improve operational efficiency and help parastatals run profitably.

The call by the national business representative body comes amidst concerns of the never-ending subsidization of PEs by taxpayers.

“NCCI suggests PEs go into partnerships with private companies. Then they will also pay tax which government needs to fund social programmes such as building and resourcing schools and clinics,” said Victoria Joel, Vice- Chairperson of NCCI’s Ondangwa branch.

“A good starting point is the green schemes. Also, TransNamib and other PEs including NBC, NHE, NWR, and the waterfront companies in Katima Mulilo and Lüderitz,” added Joel.

Ms Joel went on to cite the success story of MTC as an example to emulate. “MTC was listed on the Namibian Stock Exchange and government remains the main shareholder, but Namibians were given a chance to buy shares.

“And recently MTC declared a dividend against profit, making it a win-win for all”, Joel emphasized.

At the consultative session for the Budget Review, NCCI also recommended that Minister Shiimi and his team supported by the National Planning Commission launch national taxation educational exercises in all 14 regions in order to encourage tax payment and compliance.

The NCCI underscored that such an educational campaign should not only be in Namibia’s official language English, but in the indigenous language or languages spoken in a region as in this way it will have maximum impact.

“The proposed campaign should also be run on local radio stations, newspapers and for younger Namibians on social media platforms,” Joel said.

Other contributions by the business chamber’s official concerned the high customs and excise duty set against the importation of vintage clothing. She suggested that government reviews the charge per kg and as a motivation, attention was drawn to the fact that selling vintage clothing is the only income of many micro enterprises.

Joel bemoaned the fact that there are just too many business-unfriendly rules and regulations.

NCCI asked the Minister to direct that his officials work closely with other ministries in the economic cluster when drafting policies before enacting them. As for invitations by government ministries and departments, NCCI’s previous request was restated.

“It now seems to be the habit by officials to change times and venues of consultative sessions and important meetings at short notice. This must stop as the chopping and changing of dates, times and venues results in low attendance”.

In the picture: Victoria Joel, Vice-Chairperson of NCCI Ondangwa Branch with Ipumbu Shiimi, Finance Minister at the recent business consultative meeting in Oshakati. 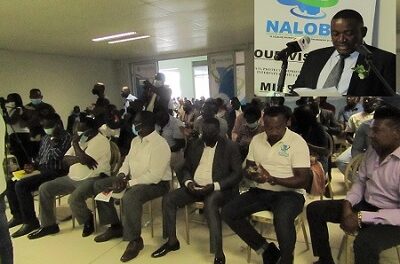 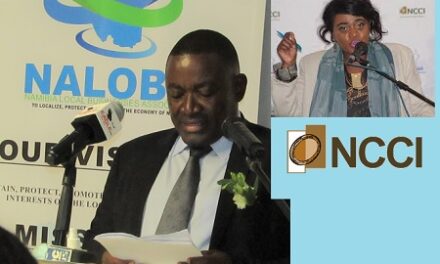 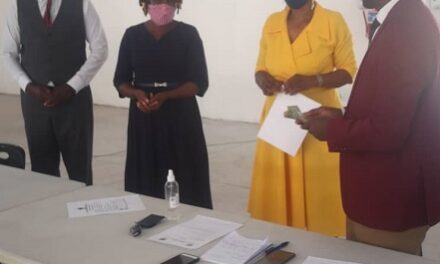