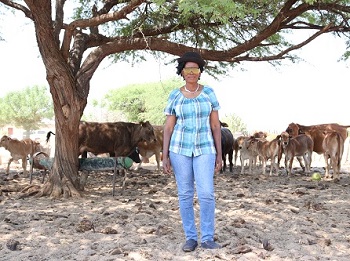 AGRIBANK’s Livestock and Post-Settlement loans beneficiary, Agnes ‘Supii’ Tjiramba is a determined full-time resettled female farmer, who aspires to leave a mark in a male-dominated agriculture industry through her contribution to the country’s food security and employment creation.

Tjiramba got resettled two decades ago on farm Grootrooibelt Unit-C in Gobabis District, Omaheke region. She farms mainly with large-stock but has ventured into other farm income-generating activities such as charcoal production, horticulture, and aquaculture.

She also plans to add poultry to her farming ventures’ list very soon. “We have a national duty to feed the nation as resettled farmers, now that we have a piece of land, that I may say we got for free from government, because our payment is close to nothing, we all need to produce,” she said.

Tjiramba further explained that her passion for farming started at a very young age by assisting her parents in numerous farming activities. She formally embarked on her farming journey as a subsistence farmer at her grandmother’s residential area, when she acquired a livestock loan from Agribank.

She then ventured into commercial farming after she got resettled at her current farm in 1999.

Later, she received a Post-Settlement loan from the government through Agribank, which enabled her to set up systems before becoming a full-time resettled farmer in 2008.

Currently, she has 12 permanent employees, and from time to time she recruits above 12 casual workers.

According to her, she adopted a rotational grazing system at her farm, where she divides the grazing land into ten camps, with each holding between 80-130 herds of cattle based on the carrying capacity of the land.

With her venture into charcoal production, Tjiramba noted that it has drastically improved her rangeland and reduced bush-encroachments at the farm, and for this reason, she recorded zero livestock mortality during the drought of the year 2019.

“My farm grows many Acacia trees, and according to my research, these trees have long roots that suck up to 40 liters of groundwater per day. Thus, with the debushing method, it helps me to preserve my underground water, though I do it with care to prevent desertification,” she noted.

“As a woman in this male-dominated industry and being from a background where women were not allowed to farm nor own land, put me in a disadvantaged position. However, I have been, and will continue to push through. I want, when I retire, to be able to write a book about myself as a woman in agriculture.”

Tjiramba’s best experiences in farming include freedom to think independently, being innovative, being her own boss, and the ability to feed her family and the nation at large. She thus advised her fellow women as well as the youth, to consider agriculture as another business opportunity to venture into and work extra hard to become economically independent.

She also appeals to authorities to resettle more women and youth to equally own land and participate in economic opportunities in farming.

In the photo: Agnes Tjiramba proudly posing in front of her livestock. 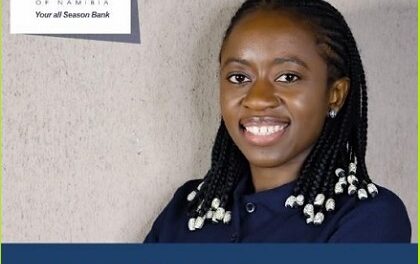 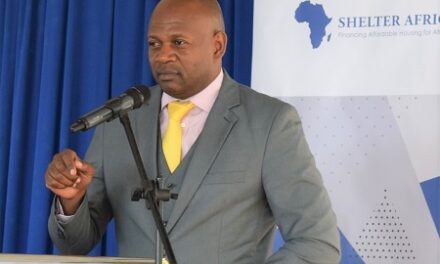 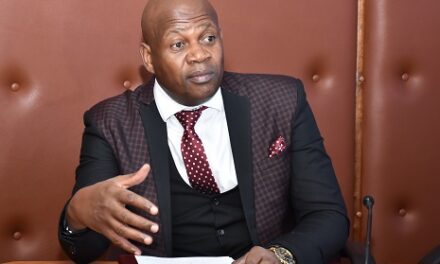