In teaching Black Consciousness, in his 1978 book titled “I write what I like”, South African Anti-Apartheid activist Stephen Bantu Biko left us with these profound words: “The first step therefore is to make the black person come to himself/herself, to pump back life into his/her empty shell, to infuse him/her with pride and dignity, to remind him of his complicity in the crime of allowing himself to be misused and therefore letting evil reign supreme in the country of his birth”.

Today this is what we mean by the inward-looking process, the very definition of “Black Consciousness”.

To teach Africans of black consciousness is simply to remind them of their past history, the type of history that shape their current situation and defines them socially, and to teach them of history is to teach them that there is nothing wrong believing in yourselves as black people.

But black history teaches us that our beliefs in ourselves have made other races jealous and find refuge in apartheid colonialism and black genocide. Even though in history black genocide was attributed to economic reasons as well as religious reasons, racial supremacy was a major element in fuelling such genocides.

Black consciousness is a tool that teaches us that to be black is not a sin, to be black is to belong to this world equally like other races, enjoy the same benefits that mother nature gives to all living species on land, air and water. To enjoy the cultural choices and other choices at our disposal as humans.

The need for black people to realize that they can succeed in every aspect of their life without identifying with other races is tantamount to the general consciousness of black people; it elevates the concept of black consciousness and creates a solid conscious republic.

Black consciousness is the thinking and the execution of this thinking in the liberation of black people and their struggle to achieve black independence. 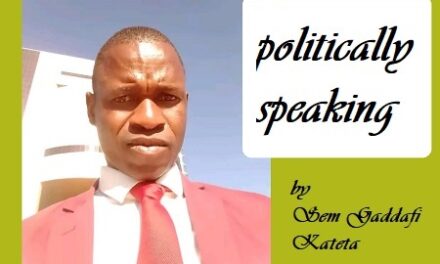