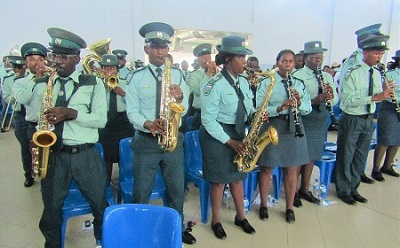 The Namibia Defence Force Oluno Base and the Namibian Correctional Service Oluno Rehabilitation Facility were the main attraction in terms of entertainment at the Aids Day commemorations that took place on 1st December in Ondangwa.

The Namibia Correctional Service Brass Band, followed by the Namibia Defence Force and Namibian Police led the procession of people marking the significance of the day by marching all the way from Okapana Service Station in Ondangwa as they went along the main road several kilometres until the Ondangwa Annual Trade Expo Centre west of the town of Ondangwa.

The Namibia Correctional Service Brass Band was also on hand in providing not only the AU anthem and the National Anthem, but they also provided some brassy musical entertainment.

On two occasions the high table of top officials at the event, including the Minister of Health and Social Services, the Governor of Oshana and the US Charge d’Affairs (Ambassador) were on their feet shaking to the tunes of the brass band.

Onkani Cultural Group also had a few minutes of sunshine in the hall that was packed by more than 500 people. And the Mangulukeni Support Group (consisting of NDF members) also delivered a drama performance highlighting the dangerous combination of HIV and alcohol.

But it was the NCS Brass Band that was the main act where entertainment is concerned.

In the photo: The NCS Brass Band doing what they do best when not tending to inmates. 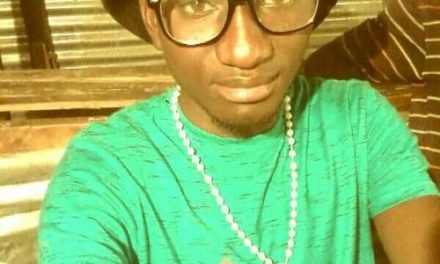 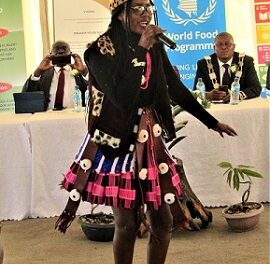 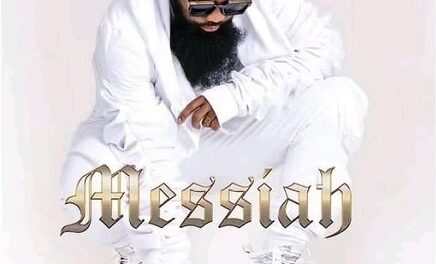 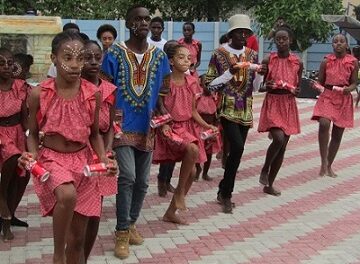 Omaleshe do it for Caribbean Recreation