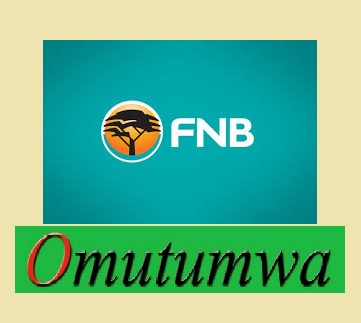 Taking into account FNB’s tentacles in the Namibian society, this aloofness is something which can’t be taken lightly.

For that reason, below is a letter sent by Omutumwa to CEO of FNB Namibia Mr Erwin Tjipuka a fortnight ago, which Mr Tjipuka didn’t respond to:

“At the end of last year I reached out to the marketing department of FNB Namibia in order to try and have a working relationship going between Omutumwa Newspaper and FNB Namibia.

“This is based on the fact that Omutumwa has had its banking account at FNB Namibia. And therefore we are not strangers to each other but there has already been a working relationship of some sort.

“And during all that time we have had nothing but a good experience with the services of FNB. As a result we consider FNB to be a bank that provides some of the best financial services in this country.

“However our frustration at Omutumwa has been about the fact that FNB has never seen it fitting to advertise with us.

“When we reached out to the marketing department of FNB we have been told various reasons which are understandable but not acceptable.

“Recently I received an email communication from your marketing department stating in plain language why FNB will not advertise with Omutumwa. In response I indicated back as to why the reasons are understandable but they are not acceptable.

“I therefore would like to reach out to the CEO of FNB Namibia hoping that the CEO will understand why we will not accept such reasons as those provided by Tracy Eagles.

Today we are living in a different era. In the past it was quite understandable and acceptable that anyone will do business with only those people and institutions he or she wants to do business. That is the fundamental law of the free market which is beyond reproach.

“But the Namibian society has reached a stage whereby some things which used to make sense in the past will now have to be interrogated because they failed to bring about the economic transformation which is needed.

“This is why it is one of the aims and objectives of Omutumwa to challenge those practices which might be right and make good business sense but which have so much failed the Namibian nation.

“2. No longer passive observers on the sidelines of the economy.

This is why it is one of the aims and objectives of Omutumwa to create a situation whereby the people of Namibia who are at the base of the economic pyramid would no longer be passive observers on the sidelines of the economy but will be active participants in the economy by nook or by crook.

And we are not asking for free lunch or anything of that sort. What we are saying is let’s do business with each other.

“Namibia is well-known for being one of the countries in the world with an obscenely high economic inequality. And the time has now come for us to challenge the causes of such an abysmal situation.

“4. Working together is always productive.

FNB Namibia is one of the significant roleplayers in the Namibian economy. So that anyone would want to have a good working relationship with FNB not only for mutual benefit but for the benefit of the society as well. FNB is such that there is always productivity wherever there is a working-together relationship involving FNB.

“This is why we are looking for this working-together kind of relationship with FNB.

“I attach the Profile of Omutumwa for better understanding of our work.