There is now an old and tired song which is proving to be useless, hollow, irrelevant and childish. It’s the “young people are lazy” song which used to be the unofficial national anthem of Namibia.

Public officials and leaders of institutions used to sing this song with enthusiasm, as if they learned it during their time at kindergarten. Some are still singing the song, those who are unaware that the song is tired and irrelevant in today’s environment.

The chorus of the song is that “young people must not be job seekers, they must be job creators”.

I don’t like so much to talk without giving an example. Here the example I can give is the example of FNB Namibia. FNB and her bosses, namely Mr Erwin Tjipuka the CEO and Ms Tracy Eagles the chief marketing manager have vowed never to do business with Omutumwa.

Rather they will do business with Google and Facebook. For them it makes good business sense sending our money to the USA instead of investing it in the Namibian youth and the Namibian future.

But now the noose is tightening. The time for singing their favourite song of young people are lazy is slowly getting tired and as unpopular as they may today sing “Kumbaya my looh, kumbaya!” 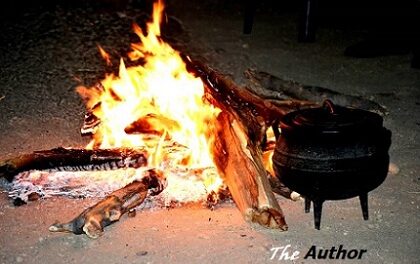 The Importance of Market Research in Agribusiness Ventures