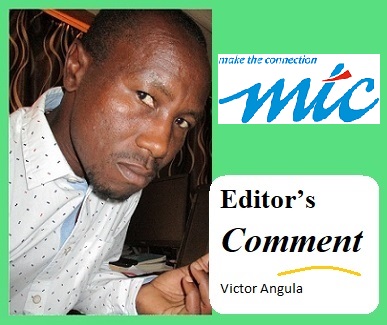 Yesterday I had an engagement with MTC’s corporate communications practitioner Mr John Ekongo, over the telephone (the service of which was of course provided by MTC).

While the engagement was a heated one, and ‘allegations’ from my side did ruffle his feathers, in the very tradition of MTC, Ekongo did his best to engage with me in an honest and courteous manner (something you can’t say of some other corporates in this country).

Lots of corporate companies in this country have a culture of disdain and an attitude of looking down on those who are below their wings, so that they will not engage for a minute with some nonentity who questions their operations.

While saying that my approach was bad (that I was combative), Ekongo still took time and made an effort to explain his position in response to my point of reference.

The very first ‘allegation’ put to Ekongo was a question as to why MTC would go to the extent of advertising on global platforms such as Google, Youtube and Facebook for products and services targeting Namibians while there are local companies here at home who may just as well provide the same platform.

Is this not a way of shipping money out of the country, yet we wonder why our economy is not growing?

Ekongo pointed out that such allegation or assumption was wrong. He said MTC doesn’t spend any money on Google and Youtube adverts; those adverts we see on our computers and phones are a result of something known as ‘machine to machine aggregation’.

It’s all well, then, if those adverts come to MTC for free.

But how do the people at MTC feel when small companies (like Omutumwa of course) do use a lot of MTC services in their operations, but then MTC wouldn’t think of advertising with them?

Ekongo said that such an expectation is absurd. ‘You can’t expect Coca Cola to give you a free Coke just because you’re their customer,’ he explained.

He also asked whether there is a law that compels MTC to do business with small enterprises. The answer of which was a ‘No’.

While the dialogue was mostly one-sided, with Ekongo doing most of the talking and less of the listening, it didn’t end on a sour note though (most probably thanks to my journalistic skill of maintaining the patience to listen even when you disagree with the line of argument).

In conclusion Ekongo maintained a position that small media houses are on their own and must find peace with it. Although all of us have to be proud of the fact that MTC is one of the best companies in the country (and possibly in SADC too), we just have to follow on behind clapping hands.

Which reminds me of our honourable vice-president who once called on the people at a ruling party’s meeting to join in, saying to them: ‘Omake, aafyoona nye!’