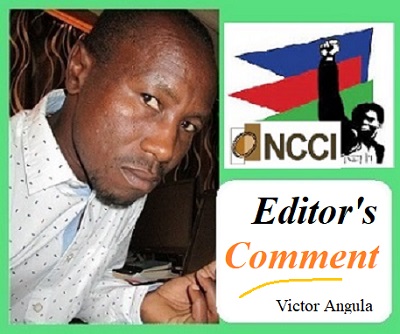 A few days ago I posted a link (on an NCCI Whatsapp group) to an article which appeared in this newspaper earlier in the week about a donation of masks (and other items) meant for Namibia to successfully fight the current wave of Covid-19.

The article titled “Finland imports masks for Namibia, says no capacity for local production” shed light on the strange story of a country receiving a donation which included more than 2 million masks, and all these masks were imported from Europe.

So when the Finnish Embassy (who donated these items) was queried, the answer given was that there was (or still is) no capacity for these masks to be produced in Namibia.

That was so strange.

One might think that the people are silent because they don’t care, that they feel nothing about Namibia receiving a donation of stuff which could have been manufactured locally and stimulate the economy.

But no. The problem is that northern business people are so scared of speaking out in public criticizing the Government and its foreign partners. This is because business people have been captured by the ruling party.

Come the next elections for president and parliament, the same business people will be running around raising money for Swapo’s campaigns.

And so when foreign powers come down in droves to take over the Namibian economy and the local business people get squeezed in the corner the same business people are complaining in silence.

The economy of Namibia is in recession since 2016, and the main reason is that too little economic activity of greater value is being done by locals. Either things are manufactured in Europe or Asia or made in South Africa, to be sold here or donated by foreign embassies here, while our own business people are sitting by doing nothing.

It’s because the marriage between the ruling party and the business people is poisonous to the interests of the people of Namibia.

The sooner we realized this, the better.

Omutumwa is back at work

No law can heal a sick society