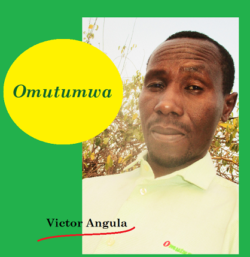 After having listened to the voice of the chairperson of the Okongo NCCI Branch, and so I relayed this voice to the wider public, it was my responsibility to reach out to the Okongo Village Council for them to give their side of the story.

The chairperson of the NCCI Okongo Mr Frans David had spoken to me telephonically and he showed me documents corroborating, justifying and giving weight to his claims that the Village Council’s leadership, both political and managerial, cares less for the interests of the local people.

After Omutumwa published the story, I reached out by sending an email to the CEO of Okongo Village Council for him to give his side of the story.

Eventually a telephonic engagement took place between the CEO and I, during which Mr Wodibo Haulofu explained in detail his side of the story.

But then he said that the Okongo Village Council was busy drafting a detailed response to be sent to me by email; so that an agreement was reached to the effect that I have to wait for this formally prepared response.

And I am still waiting for it.

I do have a special relationship with Okongo, because the potential that is in Okongo is enormous.

The African problem was caused by the lack of attention given to small towns across the country.

So if there is anyone who is in Okongo or somewhere nearby you may just as well tell the Okongo Village Council that I am still waiting for their response.