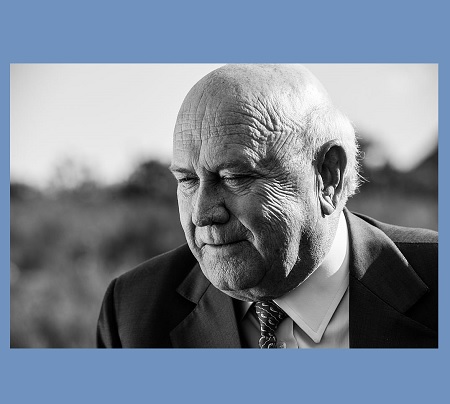 The death a few days ago of the last President of Apartheid South Africa  Mr Frederik Willem de Klerk, popularly known as F.W. de Klerk, marks the ceremonial end of the period and generation characterized by racist rule, brutal oppression and unashamed exploitation of the black majority population of South Africa and Namibia.

Of course this period ended in 1990 with Namibia, while with South Africa it ended in 1994. The period known as “apartheid” or “separateness” between the white minority and black majority sections of the population was buried when SWAPO in Namibia and ANC in South Africa became ruling parties.

The black majority of the populations of these two countries may correctly see the death of De Klerk as the passing away of a criminal, a man who presided over a regime that killed and tortured many black people just in order to keep apartheid alive. But on the other hand, the white minority section of the population of whom De Klerk was their leader see his death as the passing away of a hero.

And indeed he was a hero. To them. F.W. de Klerk was the last hero of the white Afrikaners. A man whose last heroic act was to successfully negotiate the transition to democracy by making whites to give up political power without giving up economic power.

This is what black leaders, the leaders of independent Namibia and free South Africa must learn from the legacy of De Klerk. De Klerk fought for his people and he committed crimes for his people. Until his death at the ripe age of 85 what he created (political freedom for the majority without economic freedom) is still standing.

What we have seen over the 31 years of Namibia and 27 years of South Africa is a movement of black leaders going on the other side of economic apartheid. We have only seen black leaders who have done everything they can to become rich at the expense of their own people.

Black leaders who continue to maintain the economic apartheid institutions. Black leaders who have sold their countries’ resources to foreigners just so that they may look good in the eyes of foreign powers.

Unless new black leaders will come on the scene to do for their people what De Klerk did for his people, apartheid will continue thriving nevertheless the death of De Klerk, PW Botha and others of his kith and kin who went before him.

In the photo: F.W. de Klerk in the twilight years of his political career. (image by the guardian.com)

Alcohol and tobacco are great spices to Covid-19

You must do business with them while small