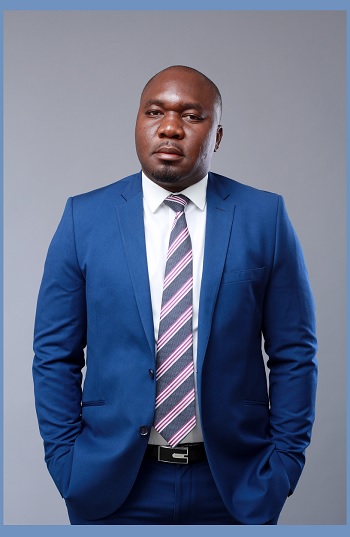 The shallow nature of Namibia’s capital market, the infrastructure funding gap and the size of the country’s long-term saving makes a good case for infrastructure/projects bonds.

The Namibian Stock Exchange (NSX) is probably the shallowest despite being one of the oldest on the continent with the number of primary listed companies standing at just 11. This number has remained unchanged for years and provides little depth and limited choices for investors.

The depth of the capital market does not only help companies with cheaper sources of funding but also attracts foreign investors searching for yields. Over the past 11 years, Namibia only managed to add three companies on the main local board despite several attempts by the government through NAMFISA to attract capital back home.

Similarly, 93% of the local bond market is directed to government issuance. The non-sovereign bond programmes make up less than 7%, majority of which is commercial bank bonds. Only 0.6% percent of the bonds on NSX are issued by Government affiliated entities (which is just DBN).

Nearly 40% of the outstanding bonds on the NSX are owned by the GIPF. State Owned Enterprises (SOEs) are entrusted with the management of the economic infrastructures of the country and hence are expected to drive the infrastructure development programme. As such they are expected to be the dominating issuers of corporate bonds in this space. This however is not the case.

They instead rely on government funding or commercial banks overdrafts which are often expensive. The 2014 Bank of Namibia (BON) paper on infrastructure funding requirement in Namibia showed that at that point, the country was faced with the financing need of more than N$223 billion and a funding gap of N$150 billion. This gap has widened since then. Despite this, capital continues leaving the country in search of investments.

The government continues to crowd out the private sector mostly because corporates prefer to use bank debt. NAMFISA’s regulation requires that a minimum of 45% should be invested in the local economy. Due to a lack of financial instruments, most of these funds sit in the commercial banks’ money market products which in turn find their way out of the country, mostly to SA or get placed into Treasury Bills by the commercial banks.

For as long as our corporates continue to rely on commercial banks as their only source of funds, which in most cases is short-term in nature, Namibia’s infrastructure gap will continue to widen and our capital will continue to flow to countries with deep financial markets.

The dependency of our SOEs on the government will keep them away from the capital market leading to a forever shallow market. Imagine the impact on the depth of the local capital markets if the following companies issued Financial Instruments on NSX:

TELECOM: A lot of Telecom’s infrastructure is ageing and need replacement.

The company is also (supposed to) embarking on laying fiber across the country as the need for fast, reliable internet increases. Imagine what education would be like if Namibia had fast internet through modern telecom infrastructures? Telecom has a large balance sheet and it boggles anyone’s mind as to why they do not tap into the capital market for capital project funding.

Two years ago, Paratus issued a bond to finance the data centre and restructure some of their debt. The bond was oversubscribed showing investor’s hunger for alternative instruments. Telecom once came to the market many years ago and since then have not returned. Telecom’s balance sheet is well over N$2 billion with the lease liability being the only significant debt on its balance sheet.

The same can be said of MTC. There are a lot of funds looking for a home while telecom companies are sitting on balance sheets worth billions and unleveraged. The market is looking for Telecom Infrastructure bonds.

NAMPOWER/REDS: Just like Telecom, Nampower and the Reds have massive infrastructure needs. Nampower’s five-year strategy document shows that they need over N$15 billion in funding for its infrastructure expansion to achieve its ambition of becoming a leading electricity service company of choice in SADC. Part of this financing needs can be sourced locally through long term bonds. One would expect Nampower to issue long term papers to finance specific projects whose revenue can be ringfenced.

The utility’s balance sheet stands over N$40 billion and their biggest liability is the deferred tax of over N$9 billion. No other notable borrowing. Instead, Nampower is looking west for cheap financing (or at least that’s what they believe) instead of issuing local bonds and invite western money to buy these local instruments free of currency risks to Nampower.

Entities such as Nampower complain that the Namibian capital market is expensive. However, cost is relative to the depth of the market. The more assets we have on the local exchange and the more diverse is the set of issuers in the market, the lower the cost of borrowing for bond issuers.

NAMWATER: Namwater has several unfunded water projects especially around networks and aged infrastructures. Part of the water crisis in Namibia is because different parts of the country are not interconnected like in the case of electricity.

For instance, if you have water shortage in the north and abundance of water in the south, it is almost impossible to pump the water from south to the north. To resolve that, Namwater needs funding and that funding is available on the capital market. The balance sheet of Namwater is over N$7 billion. Their biggest long-term debt is differed income. Not outstanding bonds.

MUNICIPALITIES: NAMFISA’s regulation allows for pension funds’ money to be invested in municipal bonds, however none of our local authorities issues financial instruments, in fact, none has ever tried. Municipalities in Namibia apart from having massive funding needs for their capital projects, also sit on massive untapped revenue sources such as the rates and taxes.

Most of the capital projects of municipalities, if funded, can unlock further revenue in rates and taxes and other municipal charges. The issuance of Muni’s, as they are known, in the developed world would spoil asset owners with various choices. It would also lower the cost of funding for the local authorities.

Lack of access to long term capital for municipalities will continue to hamper faster infrastructure development which will in a long run impact quality of services to the residents of these towns. There is no reason why, apart from lack of timely financials, City of Windhoek cannot issue long term municipal bonds.

They can even issue revenue bonds supported by the revenue generated from specific projects. The unaudited financials of the City of Windhoek shows that they sit on net assets worth of over N$16 billion. The last audited financials were in 2018. Their biggest and notable loan is the bank overdraft. The overdraft of nearly half a billion dollars could have been raised through conventional cheap and long-term bonds.

Unfortunately, most of the municipalities with sizeable balance sheets have not produced financials in ages.

TRANSNAMIB: This is a special Namibian child. Let’s just say its balance sheet is among the biggest, affording them the ability to access cheap funding. Their biggest liabilities are deffered income, loan from the Government of Namibia and Bank overdraft.

Why can’t these be consolidated in a bond programme? We could go on with the endless list of the SOEs in this country.

The conclusion and key take away is that these entities, together with several of capable private sector companies are part of the reasons why our capital market is not deepening. They are the reason why investors take money out of the country to buy corporate papers such as Toyota bonds, Barloworld papers, Mercedes – Benz bonds etc.

Commercial banks are commendable for keeping the market live by issuing bonds periodically. For instance, Bank Windhoek was the first Bank to issue the green bonds in Namibia giving local investors access to the investment potential of green technologies, services, and infrastructure with positive environmental benefits. Standard Bank did follow suit with the same type of bond.

This is of course in addition to a series of bonds they issue every year. New companies such as RTO Namibia registered over N$5 billion worth of long-term bonds on the NSX to try and resolve housing issues.

Namib Mills came to the market with a sizeable private placement to fund its expansion, the market welcomed the issuance and it attracted a fair subscription. So why can’t other SOEs do the same? The more issuances we have on the capital market the more choices we give to investors, and the cheaper the capital.

One added advantage of issuing debts is also accountability. Bonds come with covenants which should be adhered to. Failure to adhere to these covenants can lead to technical defaults, a reputation most companies would not want to be associated with. As a result, companies tend to be more accountable when they issue bonds.

Companies will produce timely financials, meet their periodic debt repayments and make sure they invest the funds in the right projects.

The reason why other markets are deep, developed and attractive to investors is because someone made a deliberate and bold decision to develop them.

We can, as a country, do so by compelling SOEs to finance their capital projects by leveraging their balance sheets. It is not amusing at all to have institutions such as the Reds and Municipalities not producing financials for years.

It is unfair for institutional investors such as the GIPF and long-term insurance companies to keep scrabbling for government bonds and loading funds into money market funds as they try to comply with the local asset requirement.

This often leads to concentration risks while big balance sheets corporates run to the government or to foreign markets for capital projects funding. By implication, when SOEs sit on their balance sheet, they postpone implementation and funding of the much-needed capital projects to the detriment of the whole country.

While it is also unfair for the government to balloon its debt levels with billions every year risking its credit rating, SOEs and Municipalities are sitting on assets which can be productively leveraged.

– Immanuel Kadhila is the Head of Treasury at the Government Institutions Pension Fund. The views expressed in this article are his own. 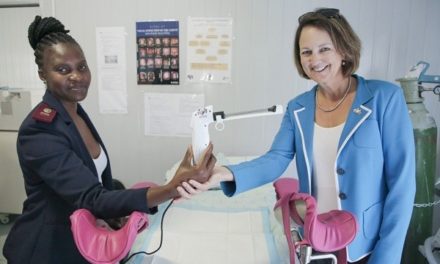 Ambassador Johnson calls on women to go for cervical screening 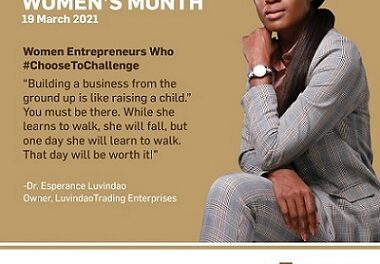 Do take yourself out on a date