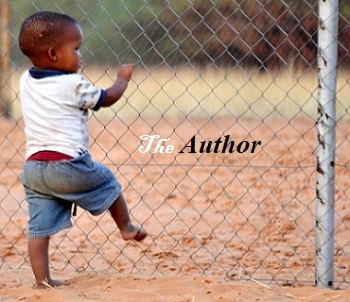 It is a pity that democracy has become a well furnished rule of politics. It’s decorated with so many promises that even the blind gets mesmerized by the glitter and the wise intrigue and by the cover of the clutter.

This I am told is when democracy is best at work.

Equally so, it is shameful that politicians can tell lies with a straight face and be gay about it.

Imagine having to live off lies and empty promises and still sleep peacefully at night. Then after that you go to design laws, legislations and loopholes that are aimed at capturing the truth and integrity.

On the other hand, the saying is true that a good politician is a dead one. But again, some of these sayings don’t seem to filter through their greed and hypocrisy, the cousin of democracy.

If only democracy could be flexible enough to allow people up to three opportunities per office term, to amend their votes. Then democracy would have been less a mockery and pretext for the total dehumanisation of the citizens.

Coming to think of it, we should sign a petition and call on the Head of State to call a referendum for the amendment of the constitution aka Supreme Law of Namibia, accordingly.

Unfortunately amending Article 17(2) is strictly and strongly prohibited by Article 131 under Chapter 19.  However, with corona shifted to the back of the shebeen and corruption cases, I believe the tender board can facilitate the process of a Fourth Amendment through Article 132. This amendment will amend Article 131 and subsequently amend Article 17(2).

As soon as this amendment is tabled and approved then the next election can be truly democratic like the stock market and then fluctuate out of control, like the temperament and tantrums of the fishrot sewerage blockage.

Additionally and for obvious reasons, the Presidency should be an Honorary and less useful seat and ministers to benefit from the public facilities like clinics, public transport service and be paid salaries that equal the monthly insults they call social pension.

With a population this small, democracy, as interpreted by the politicians and their economic prophets, policy and political advisers, should have been a straightforward and simple governance instrument.

However, the law-makers, at the first available opportunity, dished themselves quotas and deeds and then drafted policies to safeguard and protect their sudden wealth.

For your own sanity don’t mind me as I, at times, sound like a disgruntled citizen taken for a ride by the politicians and the economic influencers.

Anyway, with everybody under the cover of COVID-19 and blanket of FishRot, I’m looking through the fence just wondering who is campaigning and how vocal are they regarding corruption. Where are the whistleblowers and where is the whistle?

Somebody has taken charge of the whistle.