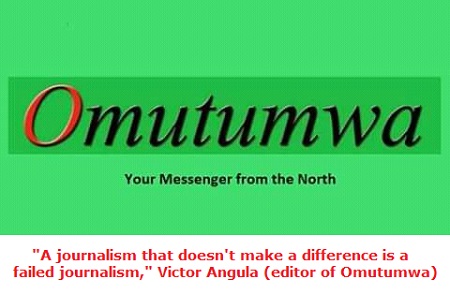 We live in an environment where the rich continue to get richer while the poor get poorer by the day. And this is not as a result of nature or culture.

It is a result of the unwillingness of people to share with everyone from the pot of common interest. It’s a result of selfish leaders, selfish citizens and selfishrot compatriots.

It is such a shameful thing indeed to be a citizen of a country which is this way. A country whose potential is wasting away just because of people’s short-sighted individual interests at the expense of the wider community.

This is why at Omutumwa our journalism is different.

In general journalism is a passive profession, except in exceptional instances where individual journalists go beyond the profession’s traditional boundaries in order to do more than just objectively reporting the events and incidents of the day.

Of this type are those who believe that a journalism that does not make a positive impact on the living conditions of the downtrodden is a failed journalism.

And Omutumwa subscribes to this belief; so that this newspaper practices what may be referred to as proactive journalism, advocacy journalism, activist journalism, even guerrilla journalism.

This is why the spokesperson of the Ministry of Finance Mr Tonateni Shidhudhu asked me a question, “Why are you so controversial?”

Well, I’m not controversial; I’m just confrontational. I have stepped out of that kind of journalism where the journalist will just be given cow dung to go and convey to the public as news.

Confrontational journalism is what is needed in an environment where people make programs, projects and schemes meant for the empowerment of the poor, yet the same people turn around and hijack the same schemes.

If Namibia is ranked the top country in Africa where press freedom is concerned, so what? Are the people of this country going to eat press freedom? Or is that media freedom going to provide the houses for the people who live in shacks? 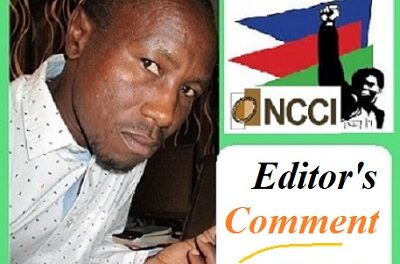