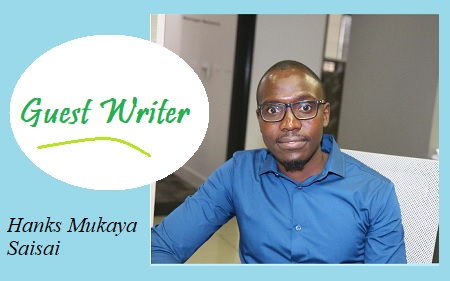 Namibia is a semi-arid to arid country. Despite these conditions, the sustainable production of crops, fruits and vegetables remains key to sustain the food requirements of the nation.

Rainfall is a key factor of production in rural areas and for most commercial farms. Moreover, rainfall provides the much-needed moisture that stimulates the regrowth of grasses and facilitates the growth of vegetables, cereal crops and fruit trees.

Namibia’s Dryland Crop Production Program (DCPP) is an intervention that relies largely on natural water from rainfall. Farmers in North Central and North-Eastern Namibia rely heavily on rainfall as a major source of water.

Rainfall intensity is defined as the ratio of the total amount of rain received during a given period, usually expressed as mm/hour. When there is too much rainfall received in a short period of time it can have negative effect on the growth of crops.

For instance, 70 mm/hour rainfall intensity can cause direct damage to plants by damaging the shoots, leaves and in severe cases the stems and branches of fruit trees. High intensity rainfall causes physical damage to flower, which are essential for the pollination process, that results in fruit formation.

In addition, high intensity rainfall lowers the activities of pollination agents such as bees, insects and other organisms that move pollen grains from the male part (anther) of a flower to the female part (stigma) of another flower for fertilization to occur.

Once pollination occurs, the fertilized flowers produce seeds, which enable the associated plant to reproduce and/or form fruit.

In sandy areas, high rainfall intensity may influence the soils to have rapid infiltration and drainage of water which relocates soil nutrients from the topsoil to the subsoil making them unavailable for crops with shallow root systems through a process known as leaching.

On the other hand, areas that are predominated by clay soils, high rainfall intensity may cause flooding of crop fields that will lead to water logging conditions (resulting in suffocation of plant roots due to a lack of oxygen supply). Ultimately, these factors hinder the desired growth of crops that are grown by farmers who solely rely on rainfall as a means of irrigation.

Rainfall distribution is another factor that has a direct effect on the growth of crops; it can simply be defined as the way rainfall is received through a given rainy season in an area. Crops need water throughout the growing phase, so the availability of adequate water in the soil is essential to enable plants (crops) to grow rapidly.

It’s of great importance when relying on rainfall as a means of irrigation to know that if there is a dry spell of a week or two it may be harmful for seedlings, as they do not have established root systems that may reach water that is deeper down in the soil. This may result in the wilting of seedlings and if no water is applied to these crop fields, it may result in crop failure.

Moreover, leafy vegetables such as Lettuce, Cabbages and Spinach may become bitter and flower prematurely. On the other hand, the effect of poor rainfall distribution on fruit vegetables, such as tomatoes, can cause them to flower and set fruits before enough vegetative growth has been made.

For cereal crops such as Maize, Sorghum and Pearl millet (Mahangu), when the distribution of rainfall tends to be poor, they may also be forced to flower and set tassels early before the needed time for vegetative growth.

In extreme cases where rainfall distribution is very poor, crop failure is normally high which results in food shortages in many rural households that are actively involved in the primary production of cereal crops.

In the final analysis, for one to be a successful producer of cereal crops or vegetables whilst relying on rainfall, it’s of great importance to pay attention to the forecasted rainfall’s intensity and distribution as these are key factors that have a direct impact on crop growth.