The Anatomy of Double Consciousness

The Anatomy of Double Consciousness

It was around 1903 when W.E.B. Du Bois coined the term “Double consciousness” in his revelations that describe the quintessential black experience by African-American communities living in America who were thought to have lived a double conscious life with double thoughts, double duties and double social classes.

Double consciousness is a psychological conflict or challenge of self which causes the psycho-social divisions in societies around the world.

Double consciousness is a sense of dualistic social perception, a sense of twoness: two souls, two thoughts, two unreconciled strivings, two conflicting ideals in one human body. It’s this twoness of perception which generates internal conflict experiences in us and poses a psychological challenge of reconciling an African heritage with the European upbringing and education.

Describing the black communities in America, in his book titled “The Souls of Black Folks” published in 1903 Du Bois pointed out that double consciousness is a peculiar sensation through the eyes of others, that of being a negro and the other of being a world citizen without being cursed and being spit upon.

In the contemporary literature, the understanding of double consciousness is hipped in racism and apartheid colonialism. While double consciousness is still a result of Eurocentrism and Americanism wherein the African images of God are projected as caricatures in Museums and Art galleries as a depiction of African man-made gods while in the church the use of pictorial metaphors of the king Jesus Christ continues to retain a holy status leaving African people especially the blacks to either choose between their original culture and traditional practices of religious worship or to pray to the new Eurocentric gods or both; this choice creates an inward conflict of self on Africans creating a platform for double consciousness.

The contemporary understanding of double consciousness in Africans is cultivated via modernity and the so-called civilizations in African naming systems such that Africans are carrying two or more different names; mostly cultural names and Christian names.

Cultural names are strictly African whereas Christian names are strictly of European origin; this twoness of being is what are called double consciousness, two names, two cultures, two religions, and two personalities in one African mind.

Double consciousness is an identity crisis experience; it involves looking at you through the eyes of self and that of the colonists the balance of twoness which sees the combination of both coffee and traditional brews in the villages.

Double consciousness is a twofold popular belief pattern of consciousness in the ideas that one has to be socially content with in order to live a true humanity with two parallel identities over a thing.

It is simply explained by the belief that one has to love what they believe in but at the same time also love what the oppressors believe; it is a very long stream of human consciousness in a binary fashion that is to be understood in the context of slavery and apartheid oppression.

The colonized species have to make the balance of the two gods, two cultures, two names; their conscience is linked to that of their oppressors, there is too much slavery in their consciousness for they are the children of the lesser God. They cannot ignore this twoness because they are stuck between a rock and the hard surface; two souls, two thoughts, two unreconciled strivings, two warring ideals in one human body.

In the wake of intellectual independence, humanity should continue to explore double consciousness as it graduates more to a trifold consciousness with the same characteristics but with a deepening psycho-social impact especially in communities where modern slavery is yet to be understood in a new context.

Double consciousness is the component of modernity which is being promoted by modern Eurocentric education and by media influence. The encounter between African ancestral heritage systems and European civilizations has created a situation in which Africans, especially the black race, to become double-conscious.

Our social processes have been subjected to double consciousness due to our long lasting ignorance and inability to reject the worshipping of foreign gods. The first Africans that have given their trust in the wrong Gods to defeat one of their own in the name of whatever they were promised have heavily contributed to the birth of double consciousness.

The balance of twoness is the maintenance of European dominance; the fall of this balance might result in new wars of intellectual independence that should be seen with the same exactitude of the wars of political independence by the liberation movements.

Perhaps it’s the generation whose intellectual fortitude is rooted in the words of Frantz Omar Fanon in his famous book ‘The Wretched of the Earth’ where he suggested that perhaps “Each generation must, out of relative obscurity, discover its mission, fulfill it, or betray it”.

The generation that will declare the war of intellectual independence should have a mission to serve double consciousness with a death notice.

> Shivute Kaapanda is a pan-African writer from Eyanda village in Omusati Region. Reach him at: iskaapanda@gmail.com 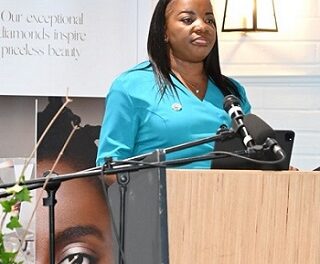