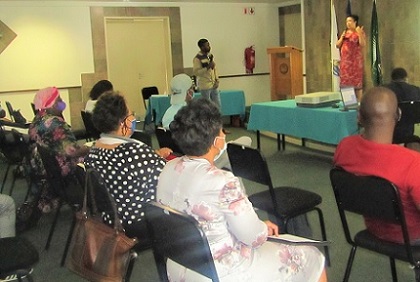 So I sent a query to our very own northern representative who served on the Business Rescue Task Force which was appointed at the end of June 2021 by President Hage G. Geingob, that is Ms Amalia Schmidt.

And Schmidt wouldn’t pick up calls nor respond by text message after indicating that she preferred to be texted.

Well, anyway, I may just as well conclude that as of Schmidt’s non-response shimwe elengwa ngoo nee lomukulunhu.

The “Business Rescue Task Force” of 11 experts, of which Ms Schmidt was a member, started its work on 1 July 2021 and it came here in Ongwediva in December 2021 to engage with business people since its task was to look into the ailing Namibian economy and propose ways of jacking up dying businesses

This followed barely a year after another “team of experts” had performed the same or similar responsibility.

That is, in 2018 the President appointed a team known as the Presidential High Level Panel on the Namibian Economy (HLPNE) which was chaired by Mr Johannes !Gawaxab. The HLPNE handed over its final report and recommendations to the President in February 2020.

Shortly thereafter the Chairperson of the HLPNE was appointed by the President as the new Governor of the Bank of Namibia while his deputy Ms Nangula Uaandja was appointed the CEO of the newly established Namibia Investment Promotion Board.

Very few, if any, of the recommendations of the HLPNE got incorporated in any legislation or influenced any government policy direction or helped improve the performance of the economy though.

Yet the President had the courage to appoint another “team of experts” tasked to do a job similar to what the HLPNE had done.

The new team, known as the “Business Rescue Task Force” was charged with finding “Remedial Interventions to Protect Businesses and Preserve Jobs.”

The President said at the time that: “the primary purpose of the Task Force shall be to review business and insolvency legislation, laws, regulations and policies and to make recommendations for amendments to these laws and regulations so as to rescue businesses in financial distress.

“The need for such a Task Force has been recognized with urgency following the outbreak of Covid-19, and has been framed as a crucial intervention in the Economic Advancement Pillar of the Harambee Prosperity Plan II.

“The BRTF consists of individuals with skills and experience in corporate management, banking, legal and insolvency laws, legal drafting and entrepreneurship. The members of the Task Force have been drawn from the public and private sectors.

“Covid-19 has led to adverse socio-economic impacts and untold losses for businesses, which were largely unanticipated. Therefore, I expect the members of this Task Force to ensure the efficient and effective rescue and recovery of businesses in financial distress, preserving jobs and entrenching a stronger entrepreneurial culture in the country,” President Geingob said at the time.

At the end of its mandate, the Task Force should have provided the Government with a framework “that can serve as the basis for policy interventions that can contribute meaningfully to business recovery, including an environment that promotes sustainable entrepreneurship.”

The President also indicated that the Business Rescue Task Force would do the following:

The task force would have completed its work in a period of eight (8) months.

And so the task force did its job, which included consultations with business people and handing out questionnaires, which we filled and submitted to the office of Ms Schmidt.

Then the task force submitted its report to the Head of State.

While I didn’t see the report nor its recommendations, I can take it that the recommendation on establishing “a fund” must have been the most noteworthy one.

But then establishing a business-rescue fund is just the same thing as doing what the Development Bank of Namibia is there for. Unless the fund will dish out grants which are not repayable, something that is very doubtful.

If you look at the silence and no comment from the business community and the absence of any political bragging after the task force’s report was submitted to the President and eventually its recommendations approved by the Cabinet, then you may just tend to think that the work of the task force is set to end up in the same dustbin of reports prepared during the period of the Geingob Presidency.

And such a thing should make us be ashamed big time.

In the photo: Ms Amalia Schmidt of the Business Rescue Task Force addressing the business community in Ongwediva Trade Fair Centre during December 2021. 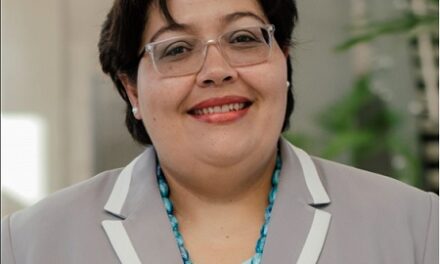 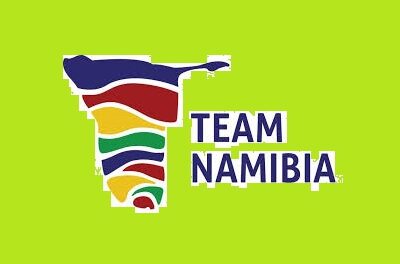 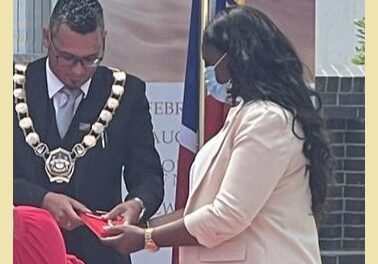 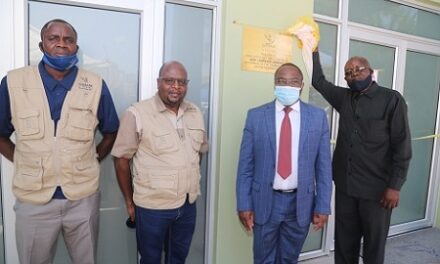