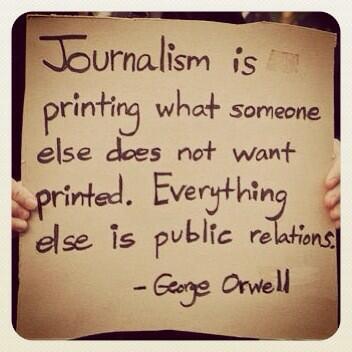 Namibia has consistently over this outgoing decade performed very well in terms of press freedom as testified by the fact that the country has for years occupied the top spot in Africa.

This year’s press freedom rankings released in April 2020 by the renowned Reporters Without Borders (well-known by their French name ‘Reporters Sans Frontiers’), puts Namibia snugly in the first position in Africa in terms of media freedom.

On the list of the 180 countries of the world Norway occupies first position while Namibia is at spot 23.

While both Namibia’s media experts and government officials are proud and pleased by this ‘achievement,’ I don’t consider it an achievement but rather an indictment of the state of journalism in Namibia.

In most countries of the world, and especially in Africa, journalists work under difficult conditions, always risking arrest or even risking their lives.

But ever since Namibia gained independence no journalist was arrested for doing his or her job, let alone assaulted or killed.

Top press ranking and no arrests for journalists in a country which is highly corrupt such as Namibia; this is something which is worrisome.

If Namibian journalists are not being arrested it simply means they are not doing their job.

Top press ranking for a country means journalists receive red carpet treatment in their country. And this is the case because there is hardly any journalist in Namibia doing the work of journalism.

I subscribe to what was said by a certain gentleman by the name of George Orwell who said that: “Real journalism is publishing something that somebody else does not want published. The rest is just public relations.”

No government or politician will arrest, harass, or kill a journalist who is doing public relations. And most journalists in Namibia have been doing nothing but only public relations work for society if not for government. This is why Namibia has occupied the top spot in terms of media freedom although at the same time the country is ravaged by corruption, greed, maladministration and incompetence in public office.

What we have here is not media freedom. Rather it is a reflection of our inability to live up to the challenges of real journalism. If Namibia is the top country in Africa in terms of media freedom and she outperforms most of the world’s economic powerhouses, surely this is not a cause for celebration but a cause for concern.

One would understand why the Scandinavian countries are at the top in terms of press freedom. Namibia is not in the same league with them. Namibia is sick socially and economically, so that something is wrong if she would be classified as a country of great press freedom.

With all this bad attitude of leaders, wrong government priorities and a political, economic and legal system which is so sick beyond measure, it’s simply a disgrace to the profession of journalism for Namibia to be a leader in press freedom.

Pumping fuel in a car without an engine

Some things are just foolish talk