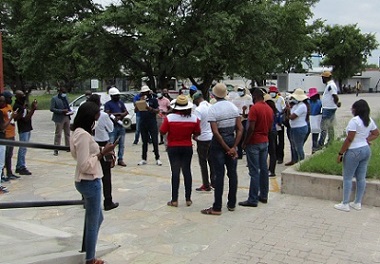 Close to 40 people marched to the Office of the Governor of Oshana today to hand over a petition in which they are demanding an end to the process of liquidation of the national carrier Air Namibia.

The protesters chanted: “Bring back Air Namibia, Down Jooste, Down Shiimi, Down Cabinet!”

The protestors delivered a petition which was read by Mr Nelito Johannes Immanuel who is the customer service agent of Air Namibia at Ondangwa Airport.

“NUNW is aware that Air Namibia like any other airline experiences financial challenges, as a result it has been receiving subsidies from government as sole shareholder just like most public enterprises.

“Equally NUNW agrees that given the financial challenges, Air Namibia needed some form of restructuring as a form of turnaround strategy. NUNW is aware that there are alternatives to liquidation which could serve as a turnaround strategy and continue to serve its mandate.

“Liquidation is therefore a deliberate, malicious and sabotaging option by Cabinet. The liquidation of this public asset is not only a curtailment of the government’s ability to provide the required services to its citizens but also gives further reasons to create more unemployment leading to more disharmony and public disorder.

“NUNW therefore condemns and rejects in the strongest terms deserving the failure of cabinet members who endorsed this liquidation process.”

The petition further stated that the protesters were demanding the immediate removal of the Minister of Public Enterprises Mr Leon Jooste from his ministerial position and from all public duties, and that the Swapo Party must recall him from parliament.

The Councillor of Oshakati East and MP Mr Abner Shikongo received the petition on behalf of the Governor Mr Elia Irimari who was said to be attending to other activities in the region.

“I also want to express my appreciation for the manner in which you have demonstrated, it was peaceful and professional.”

In the photo: Mr Immanuel reads the petition in front of the Office of the Governor of Oshana in Oshakati. 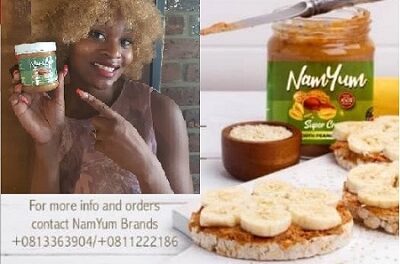