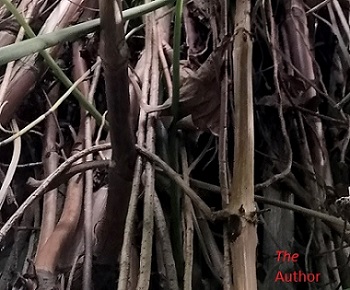 ROT has become synonymous with corruption in Namibia.

Each time one talks about “rot” you already visualise a come-raids and his smart partners, hiding behind millions of stolen money with only political ties, kin and kind as the alibi.

You see politicians and their kinds sowing cash of stolen monies, only to be harvested by farm workers who don’t appreciate the “hard work” and “creative accounting” that went into farming with cash.

I am not talking about that ROT that has intoxicated the Namibian people.

I am talking about the Reed Of Discipline (ROD) which our parents used to pluck out of the riverbed to smack the buttocks of a naughty child.

I am talking of the ROD of correction that has today become nothing but a scary story with no scar in it. The ROD that used to instil discipline in children and maintain a balance between respect and responsibility.

The ROD parents used effectively when we were the children and they were the parents. A time in a different reality, during which any adult person had the same qualities as your parents and could discipline you on the spot without “favour or fear”.

Today the “new parents” are facing a different way; the ROD has been taken away by democratic rights and humans rights and children’s rights and ratifications and conventions and some other laws still to be drafted and adapted.

The rod has become the tale of a failed order and a betrayal of trust and care-giving.

As a matter of fact, new parents are kept hostage by their children. The children have skilfully hooked their rights and protection on “parental balls” and can squeeze and pull on them as they please.

This new reality has removed the powers of the parents and handed them over to the children. The rod of correction has been dissolved by children’s Rights without responsibilities.

Walking in the streets of towns in Namibia, you will find the children roaming the streets, in their school uniforms during school hours. Dare to remind them that they ought to be in school and you will be insulted and in humiliation you will choose to “bly in jou baan”.

To try and “koop gesig” you might take it up with the parents of the child with an insulting attitude and a familiar standoff will ensue and “dan is the hell los”. New parents would rather fight each other than to take action against their children.

At home, the children are the ones setting the agenda and many parents live in fear, silently bowing down to the wishes of the children. Parents live at home with monsters they conceived in their own bedrooms. Monsters they still raise with their limited resources; monsters that are protected and enabled by the laws adopted from strange and far away realities.

Children roam the streets from morning till late night and the parents run away to their work places and hide in their houses after work.

Hebrews 12:11 states that: “For the moment all discipline seems painful rather than pleasant, but later it yields the peaceful fruit of righteousness to those who have been trained by it.”

* The Author is a talented but frustrated Namibian writer. His/her commentary on contemporary society is but a means to liberate him/herself from the ghosts of what could have been of Namibia’s potential only if if was if.