The spiritual and religious feeling of Africans did not come as a result of European upbringing or orientation but what is rather suspected of is that Eurocentric orientation to the concept of God in particular has subdued and had a very terrible and fundamental influence to the erosion of African spiritual systems.

For the purpose of research it’s therefore not advisable to use the word God synonymously with many African words relating to the concept of God as in many African languages the words related to spiritual figures are very tribal specific and they do not have a global connotation to soothe the monotheistic stance of Christianity; they are therefore only valid within specific tribes and cultures they have been used to describe or denote such phenomenon and were and still are often personified.

The only reason why the word ‘God’ is widely used in the Christian spaces is only because the majority ignorantly agreed to use it. This brings us to the core point that different cultures and people have different orientations toward the concept of God and the Aawambo people of Namibia are not an exception to this.

There is a popular saying in Oshiwambo language which says, “Omunhu keshi omunhu nge kapena Aanhu”, translated as ‘a person is only complete as a human being through others’. This popular attribution reminds us again as Africans toward our common humanity for the common interaction and also as a way of survival not only as Aawambo people in particular but also as human beings in general facing a lot of endeavors in everyday life experience.

With regard to the concept of God the Aawambo people of Namibia often channel their attribution and values via their most valued currency of all generations: the cattle, hence the concept “Kalunga kaNangombe” translated as “God of the cattle”.

The story of Kalunga kaNangobe as the descendant of Kazu kaMangundu as Aawambo’s distant ancestor is another personified version of understanding the concept of God in terms of historical and cultural interrelations between Aawambo and Ovaherero people.

The meaning and orientation of how and why Aawambo attributed their concept of God value to their cattle is very deep and awesome. In the past before the arrival of money as currencies, in Oshiwambo culture as was in many African cultures cattle was always a top trading currency; for example, if a man is getting married he pays lobola in the form of ‘cattle’ to the family of the lady he is marrying; if someone kills another, through a traditional judicial process the family of the one who killed another must compensate (for blood drop) the family of the deceased and they should pay in “cattle”. If a man or a lady is getting married the father or an uncle or any other close relative should slaughter cattle as a blessing and an act of signifying the new marriage.

In Oshiwambo culture if someone died a ‘cattle’ should always be slaughtered, and all these slaughtering and paying in cattle is done to symbolize the spiritual connection between the community and their God which is done through the cattle’s blood (Kalunga ka Nangobe). The concept of Kalunga kaNangobe would then literally mean to the Aawambo that there is everything in the value of cattle amounting to a god just as the fact that a God in heaven is everything to a modern Omuwambo Christian who no longer believes in the value of cattle.

That religion is the cultural understanding of the spiritual, the cultural value and connotation of Aawambo to the cattle is equal to a God; to the Aawambo it’s through animals such as cattle that they communicate to their Gods whether in happiness or in sorrow.

A cow or a sheep is seen as a sacrificial animal; when someone dies one have to sacrifice and offer the blood of cattle in communicating with the ancestors for the passage of knowledge and wisdom of spirituality. In Aawambo culture a cow has been therefore a very spiritually valued animal and could not just be slaughtered for mere fun as in today’s commercialized world.

It is therefore very important to understand this narrative of high spiritual wisdom which teaches Africans that our psychosocial orientation to the world of spiritual events is linked to specific animals, events and places. For Aawambo cattle is not only valued for beef but it’s for many cultural and spiritual uses.

The concept of Kalunga kaNangombe therefore teaches Aawambo people that to them God is everything but only through cattle, and cattle is everything through their God, that is their spirituality. It is unfortunate that Churches do not conduct teachings such as these for they are destined not to keep African culture and spirituality alive.

It is our duty as Africans to harvest oral and written history of spirituality and African traditional religion (ATR) from our grandfathers and grandmothers before they perish into the ancestry.

— Shivute Kaapanda is an African Activist writer from ‘Eyanda village’ in Northern Namibia. He is also a columnist and the Author of the Book titled “The Conscious Republic” published in 2020. He can be reached via his email iskaapanda@gmail.com 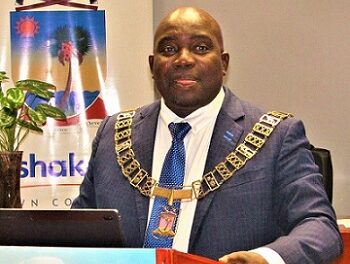 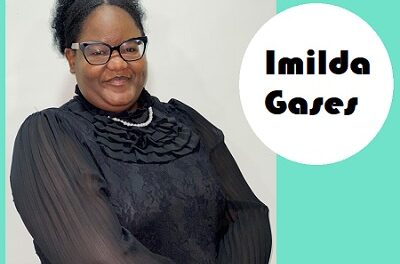 The importance of teaching financial literacy in schools