The history of Ovambadja people is an interesting phenomenon especially when the kingship succession is considered.

Given the colonial formation and interpretation of the collection of kingdoms as countries in Africa, the name “Okalongo” actually means ‘a small country/kingdom’. It’s a historical fact that African people never lived as countries as colonialists put it, but instead they lived as communities in beautiful kingdoms led by Eehamba/Aakwaniilwa as ultimate rulers and symbols of final authorities over the affairs of such kingdoms.

The concept of countries that we are forced to embrace today through the Roman-Dutch law was and is still alien to Africa.

Before the colonial expansion of white people especially the English people in the area we know as Namibia today and the Portuguese colonialists in the area known as Angola today who are the main agents in the events which saw the invention of colonial borders between Namibia and Angola, the Aambandja people had two palaces namely ‘Ombala yaNaluheke’ and ‘Ombala yaMhungu’.

Due to foreign imperial expansion and colonial demarcation of borders all these respected palaces are today demarcated as being on the side of Angola today.

It is now obvious that Okalongo and the whole area of southern Angola today including some parts of Ombaanhu kingdom stretching to Oukwanyama kingdom to the land of Kavango people had been delinked from one another not only as part of what we know as southern Angola today but the colonial exercise ensured the division of these kingdoms into two sides of both Angola and Namibia creating serious contradictions in terms of political and economic leadership for these kingdoms.

Haikela organized a coup to overthrow his brother Nambiya and he succeeded to take over the throne by killing his brother. And it was during King Haikela’s reign when the Portuguese for the first time attacked Ombadja Kingdom via ‘Ondobe yOfinge’ in 1891.

King Haikela yaNamanyungu led Ovambadja via Ombala yaNaluheke for a long period of time; and oral history reminds us that he had politically prepared his grand-children whom he instructed to collectively take care of the whole kingdom during his days as an elderly ruler when he could no longer reach out to exercise authority over all his subjects due to his old age condition; such grand-children included the three politically vibrant young men Mutukulwa waHauwanga, Shekudja Hamakunde and Shuudeni shaShinana.

It’s narrated that Shekudja shaHamakunde succeeded his grandfather King Haikela but his reign only lasted for a few months before a mysterious psychiatric disorder led him to commit suicide by burning himself in a hut.

King Shekudja was then replaced by King Shahula shaHamadila in 1896 during whose reign Ombadja Kingdom encountered the second wave of the historic war with the Portuguese in which King Shahula claimed victory during the battle at ‘Evelo laPembe’ on 25 September 1904; but then later on the Portuguese claimed ultimate victory at the battle of ‘Omwandi wEendadi’ which led to the collapse of the whole Kingdom of Ombadja.

It is said that the Portuguese expansion war in what we call Angola today was responsible for dissolving and dispossession of the Ombadja Kingdom which had expanded over the area inside the borders of what we call Namibia today. The divisions and polarization we see between the Ovambadja, Aambaanhu and Ovakwanyama communities on both Namibia and Angola borders today were engineered and entrenched by Portuguese and German colonialists.

After the death of King Shahula shaHamadila there were royal conflicts over succession at Ombala yaNaluheke and later on King Vaefeni yaNdjebela was installed by the Aakwanahungi clan at the end of the year estimated to be 1914 but his reign only lasted for a month before he was overthrown by the Portuguese forces, and he was succeeded by King Shikongo shaMutumbulwa whose reign lasted until his death which was recorded to be in the year 1954.

King Shikongo was succeeded by the 17th King of Ombadja Kingdom Justino Kambungo kaMweulinale who died on 23 September 2005.

The Ovambadja history of colonial struggle has been highly ignored by the current government as it did not form part of the written school curriculum of the Namibian history.

* Shivute Kaapanda is a Pan-African writer, columnist and author of the book called “The Conscious Republic”. He is from Eyanda village, Omusati. iskaapanda@gmail.com 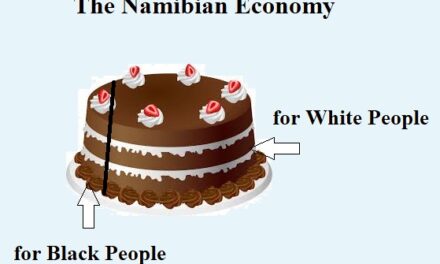 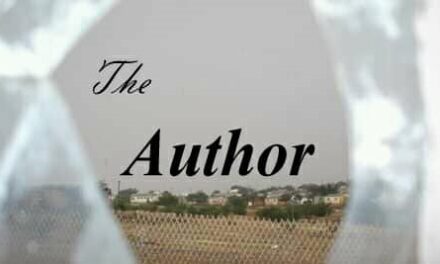