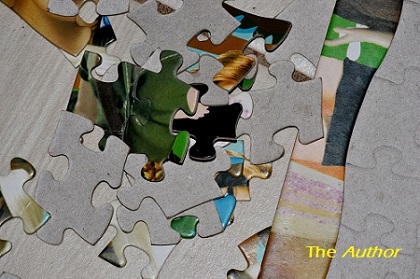 It is strange how Namibia is becoming complicated by the day. Our lives are reaching a point of perpetual social decay.

All thanks to the leaders who have lost their moral compasses and keep on falling backward and taking the entire nation with them.

Point of correction, they don’t take the nation with them; the nation has long been the game and not even the pieces to this national game of stealing and looting and accepting corruption as the vaccine to elevate poverty and misery.

Our political leadership have no shame or remorse when they steal from the people, the masses, the forgotten members of this abolition of a society. They have no regard for the lives they are messing up with every single day of their existence.

As if they are not human with human needs, they have long looked to the East for escape. Their revolution has long evolved into self-gratification and mockery of a system that put them into position of power.

They have adopted the philosophy of “Power without Responsibility” and they continue to plunder the resources of the country unhindered.

I’m yet to see any of these politicians show some guilt and return the moneys they stole from the people.

Instead, they have the audacity to fight the very system they put in place to safe-guard against what they are accused of committing. At times I think it’s the misunderstanding if not the deliberate misinterpretation of “Checks and Balance”.

For them it sounds more like ‘Cheque and Balance” and surely they made sure that the cheques were balanced in their favour and still are. There is just no shame at all!

A country that once prided itself for its infrastructure, telecommunication and first world living standards, has been turned into a first class country of corruption by the politicians and BEEprenuers kin.

Children are taught in SWATF tents in the rural areas yet some politicians are harvesting cash from money-farming.

Their accounts drip of dishonour and disgust, and still they deny the existence of abject poverty.

They devise means and strategies to legally steal from the people and fail successfully to address the education, health, agriculture, manufacturing and other socio-economic problems in the country.

However, they are quick to insult each other in parliament and are passionate about condemning LGBPTY community but eager to establish politically connected PTY’s.

They have emptied the state coffers to the extent that the state can only offer coffins to the dying nation. It’s such a despicable and deplorable disgrace that the politicians can still keep their heads high and elbow the masses into deeper despair and demise.

If ever the politicians have the faintest idea what human rights abuse is, they would hand themselves over to the toothless law and corrupted justice system and beg to be buried alive.

What I’m aware of is the BokoHaramBEE Politician: new breed of economic looters (aka leaders).