The economic and political awareness of individuals through critical intelligence enables societies to prosper both economically and politically.

The awareness of society’s historical context which includes the critical study and understanding of economic and political history enable society to address societal issues holistically.

It’s important to mention countries such as Britain, Portugal, Belgium, France and Germany that partook in the evil acts of slave trading and colonisation. Nowadays, majority black Africans live without land as the black history bears witness to land dispossession through genocide and major atrocities by colonialists.

Black Africans had to be killed and driven away from their land and they also lost their livestock.

It can easily be deduced that Religion paved way for colonialism; in Namibia around 1895-96 Ovaherero people were forced to vacate areas today known as Grootfontein, Otavi and Otjikoto that were owned by one of the wealthiest Ovaherero chiefs at that time, Chief Kambazembi, but due to the growth of Christianity which became the pretext for colonial intrusion, after welcoming the missionaries and their teachings Chief Kambazembi later had to get permission from the colonial government to graze his cattle and at a cost.

Africa has gained political freedom and independence but perhaps that is just a tip of an iceberg; Africans need to do more in order to own the continent. Africa is still controlled and is administered from elsewhere, appearing as though we are independent but for as long as we use foreign legal, economic and political systems and for as long as Africans do not own land in Africa while the whites and now the Chinese own vast lands we are not yet free.

In South Africa there are political conscious movements such as the Economic Freedom Fighters (EFF) led by Julius Sello Malema after he was expelled from the African National Congress (ANC) for being economically and politically radical.

In Namibia people lack political consciousness due to the monopoly of one political party, majority voters are politically mis-educated; here people do not vote for change, they vote for the sustenance of majority party which is quite a punitive destruction.

This is because the voting intelligence of the masses is under oppression.

The consciousness of the masses is that of the slave; it’s not liberated. In one of his public lectures in 2012, Professor Joseph Diescho had a fancy to say: “The oppressed learned from the oppressor how to oppress.”

Diescho was referring to the new black to black white-controlled colonialism in an independent Namibia. Diescho quipped: “When will this independence be over so that we can be free?”

> Shivute Kaapanda is a pan-Afrikan writer. This excerpt is from his book “The Conscious Republic”. 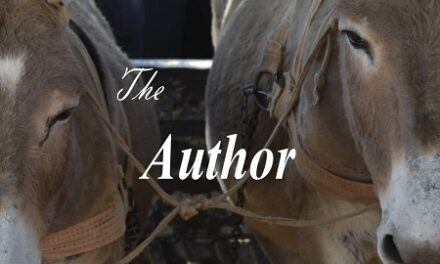