And suddenly the forest has lain bare, a tree has fallen, not an ordinary tree though, but Magufuli, the giant Iroko that adorns the Majestic Kilimanjaro.

The quake of your fall is felt all over Afrika and the message it carries is our solace that thousands of Magufulis shall sprout up beyond the flora of Tanzania from Tangier to Cape Town and from Dakar to Mogadishu.

As an Activist and Pan-Afrikanist I wish to extend my deepest condolences to the people of Tanzania, and Africa at large on the passing of the loving Pan-Africanist John Pombe Magufuli. This sudden occurrence reminds us yet that we are all human beings here on earth called to serve humanity until our time comes to return home.

Late President Magufuli shall be remembered for sacrificing his own life fighting for the lives of Tanzanians. East-Africa has lost a great, learned, decent, disciplined and generous leader, rest in Peace African child, May Kalunga kaNangobe strengthen the people and the government of Tanzania during these moments.

Smart leaders are not here to stay but to set a glorious model  for the next generation; his legacy will be “Tanzania and Africa Forever”. Like a true Pan-Africanist you had so much love for mother Africa and we shall miss you all the time.

You led from the front demonstrating what could be done to realize your vision; your leadership was felt from all corners of Africa and the world. You intrigued many with your charisma and for once we felt there was an icon whose leadership closely touched our hearts and you are no more.

The ancestry has swallowed you forever, but you may continue to guide us forever from the upper floor. Do help us by guiding all African leaders including those that have sold Africa to the dogs in front of your eyes when you were alive, keep watching them closely since they are the ones crying the most at your departure citing themselves as Pan-Africanists even when they felt jealous of your leadership tactics and sold you to the devil when you were alive as they did now.

In their tears they are celebrating your departure to protect their white bread; they are all over even here in Namibia.

Deeply you were a true man of Africa. Your leadership was exceptional and your voice roared like a lion. In faraway African countries we opened our ears to listen to your great pronouncement that we admired and wished for a kind of you.

Your caliber of leadership is what we shall live to yearn for; as you transit to the other side know that you left a mark that will never be erased. A great man of his word you were and you shall live on to be in our hearts. Some called you a dictator, but in the hearts of your people you were a leader and their defender.

As a patriot you loved your Nation and your Nation loved you back. In the words of the late Chinua Achebe this man John was a man of the people. March 2021 will be a terrible month for us, having woken up to the sad news of the passing of a Tanzanian hero who walked in the shoes of Julius Nyerere.

Your name will be written in gold, your legacy will water our Pan-Africanism.

When the last lion of Africa sleeps, so young and fiery in spirit, Magufuli, the true son of Africa, your woeful departure is so painful to us who are left with hopes that the future reunites our parched spirits in your absence.

You were an awe of a legacy, the one that was cut short by the sword of time; you were a true guide, and your loyalty was always dedicated to Africa.

Namibia like all African countries loved you, the streets, the malls, airports and kids will be named after you, books will be written for you. The Conscious Republic book has already crowned you while you were alive. May the spirit of our most loving ancestor Kalunga kaNangombe guide you as you return to dust. May you rest in perfect revolutionary peace.

– Shivute Kaapanda is a writer, Pan-Afrikanist and Philosopher from Eyanda village in northern Namibia. He is also an author of the book “The Conscious Republic”.iskaapanda@gmail.com 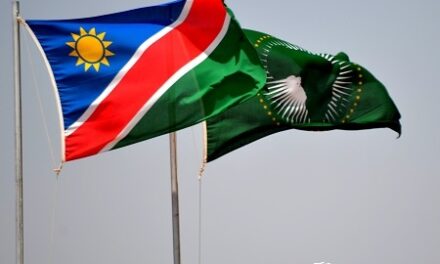