Christians would have us believe that if we all behave well here on earth, behaving well as in accordance to the laws of the holy Bible, God would have us sent to the glorious place called heaven supposedly for eternity.

And the rest who misbehave or not behave according to the demands of the scripture would have them sent to the imaginary place called hell on equal eternity.

Well, to a critical mind this is an intellectual nonsense for if one cannot think further than what the religious constructs which Christians put up can be equated to those who believed in the story of the fish which swallowed Jona for days in his reluctance to follow God’s orders.

As stated in the Old Testament, first Jona disagreed with the order of the God who sent him; secondly the God ordered the fish to swallow Jona and the fish took him to some places as the story goes.

The trickery of this story is its mockery of those who disagree with god projected as rebels and not independent thinkers that for their rebellious attitude they will face a punishment in a way to scare off all those who potentially have Jona’s testicular fortitude.

This is how Christians promote unintelligible views of bowing down and instil fear of being swallowed up by fishes as a way to bring everyone to religious conformity.

This is probably how Christianity survived; it survived on mockery and through the intimidation of people in order to sustain their faith for quite a long time.

The fear of injury, the fear of deportation, the fear of banishment and mostly the fear of death is used to coerce people to a religious propaganda using faith as a cover and not necessarily evidence of scientific nature.

The fear of death is a phenomenon that most humans find difficult to contemplate no matter what; it seems that humanity has not cured itself from the morose of religion in understanding death merely as part of life.

Chinese Professor Wang Keping puts it correctly well in his book “The Chinese Philosophy On life” which is a philosophy manual on how Chinese tactfully lived life without the religiously instilled fear of death but in an open zone free of fear: “death is part of our lives, we live our lives the same way grasses sprout during summer and withers during spring, death is an end of journey from womb to tomb and no matter what endeavours one might make in life, everyone succumbs to mortality”.

In African traditional religion, the dead are regarded as being part of the community watching over those that live while those that are alive are tasked with the responsibility of those to come; that’s probably one of the versions of African spirituality which had original meaning and impact in African lives before the arrival of the God of Abraham, and some other foreign Gods, who however doesn’t make it a rational version of religion.

To dispute that Africans were never religious before Christianity or any other foreign religion is to undermine African intellectuality, traditions and morality but to say that the concept of God in general or to be theistic amounts to reality because Africans or any other people of this earth believed in anything spiritual or religious doesn’t make it to be a reality.

Therefore our understanding of death cannot be reduced only to a church or a mosque or any other holy building, but it must be philosophical for philosophy sometimes provide a better though different therapy than psychological therapy.

From this it can be more specifically stated that an African system of morality, based on African cultural beliefs, must have a religious foundation. This claim is perfectly consistent with the idea of an African religious universe. The issue with truth, reality and morality when it comes to religion or anything else is relative.

Morality is socially constructed; the same can be said for truths and beliefs, in other words there is no universal standard of application of truth or morality, it all varies from tribe to tribe, nation to nation, country to country, language to language, race to race, religion to religion and so on.

For example what is moral in Christianity cannot be equally said to be moral in Judaism that it can even be a sin to eat pork in some religions or tribes while in some others it can be taken as a blessing; it all depends to the values and norms of a specific society that something can be regarded moral or immoral, truth or untruth, good or bad and so on.

– Shivute Kaapanda is a Pan-Afrikan writer from Eyanda village. This excerpt is from his seminal book “The Conscious Republic”. 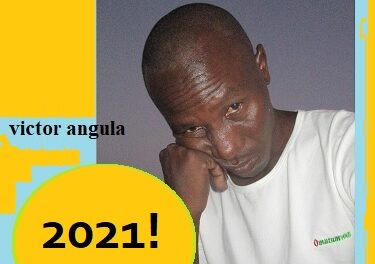 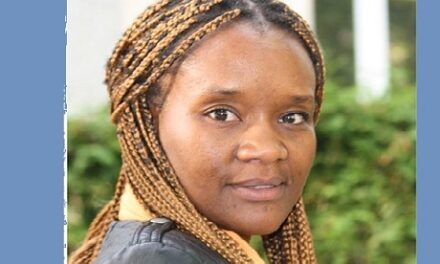