According to the Kemetic history of Afrika, the ancient name for Afrika was “Alkebulan” meaning ‘the mother of humankind’.

According to Senegalese historian Anta Cheik Diop this is one of the oldest words of indigenous origin which was used by the Moors, Nubians, Numidians and Ethiopians.

With further need for research the name ‘Afrika’ is understood to be coined by the Romans. With all these historical developments of Afrika it’s safe to learn that Afrika has gone through social evolution overtime long before the practical European colonial exercise.

It is therefore important to know and learn more about the pre-colonial history of Afrika, especially how Afrika was administered by Afrikans rather than blindly sticking to the modern version of Afrika and its governance which is a result of European adventurism which led to the fall of kingdoms and resulted in the establishment of the current nation-states.

It is a historical fact that the pre-colonial Afrika was characterized by beautiful kingdoms; these tribal kingdoms were the administrative authorities of each and every tribe (nation) in Afrika and they were presided over by Afrikan black kings and queens whose powers were the final authorities for each kingdom, therefore every kingdom was an independent political entity with its land, the people and its laws.

In the ancient days, kings were the symbol of power and final authority of their respective kingdoms and in many cases they were not elected by the public like today but they were born from a particular clan often from a maternal lineage.

Unlike today where the kings are reduced to gatekeepers of politicians in whose power and liking determine their thrones, and in whose laws the kings fall in as traditional authorities under foreign Roman-Dutch laws like the case in Namibia.

In today’s political dispensation in Afrika the kings are no longer the lords of their kingdoms, but the politicians have taken over as gatekeepers of European powers and reducing the Afrikan Kings and Queens to small gate-keepers that whenever something happen at the kingdom level Afrikan kings and queens cry and run to politicians to secure themselves and their subjects to political authority using Roman laws.

Our Afrikan kings and queens are reduced to the status of small boys and girls of politicians, just around swallowing saliva and getting paid by the state to suppress their original kingship powers and authority over their people and land.

The modern democratic states have an abusive and bullying posture toward traditional Afrikan kingship orientation, its powers and administration.

In pre-colonial Afrika there were no countries and presidents but there were rather kingdoms with queens and kings who had all the political powers of making laws and administering the state according to the wishes of the people.

We should therefore all embark on getting ‘Alkebulan’ back on its toes; and we are doing this by establishing ‘The organization of the United Kingdom of Afrika’ in order to abolish the democratic state authorities and replace it with the government system of the United Kingdom of Afrika on which its foundations shall be built a new Afrika governed according to its cultures and traditions.

We are therefore calling on all the Kings and Queens in Namibia and the rest of 53 Afrikan countries to mobilize for this change of foundation in order to emancipate Afrika from the morose of modern colonialism. 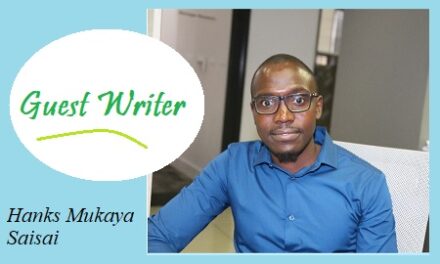