A radical path is the way to go

A radical path is the way to go

If it’s true that Namibia has been experiencing a recession every year since five years ago, this tells you that the path we have been following is leading us into a ditch.

And this ditch is not far away. By the year 2030 (only 9 years to go) Namibia will be in a cesspool of untold poverty to such an extent that even the angels in heaven will be wondering how the people of Namibia got themselves into such a situation.

In order to avoid this scenario we need to take a radical although painful economic approach.

At the time Namibia was being born (1989) socialism was falling apart with the demise of the Soviet Union, so that only a foolish person would have gone the way of adopting socialism for Namibia while the very people who were its proponents for more than half a century were running away from it.

Thus the idea of a free market system might have been well-intentioned. But how we handled it is where it all went wrong. We didn’t handle capitalism in a manner that could be beneficial to the local people.

By political revolution I mean a non-democratic manner of making leftists take over government and state institutions. This is because this capitalism has been designed in such a way that it also benefits such other powerful institutions as the army and the judiciary.

What we need right now is a radical approach that falls short of a revolution. What we need is a process that keeps the system in place but removes its characteristics.

Or else we will end up in a swimming pool of poverty if the recession is made to continue for the next nine years.

Nations are built on the foundation of rule of law 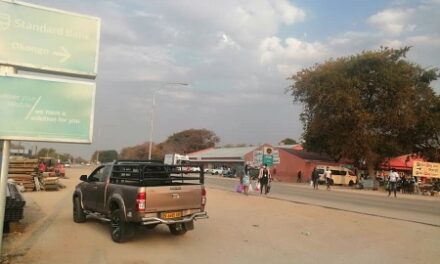