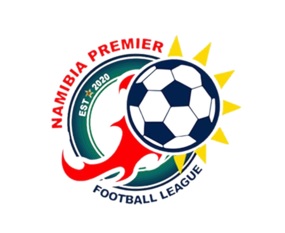 The last time the Namibian domestic football league played was in 2019 as it concluded the 2018/2019 football season, which was won by Black Africa Sporting Club.

Right at the end of that season fighting erupted between the Namibia Premier League (NPL) and the Namibia Football Association (NFA) when the NPL was implementing its decision to trim the league down from 16 to 14 clubs.

The trimming was going to see to it that one of the oldest football clubs in Namibian football, Orlando Pirates F.C., was to be relegated to the first division.

Power struggles have been taking place for years within domestic football, but this act of relegating Orlando Pirates to “the young boys league” did not sit down well with some powers at NFA as much as those within NPL itself.

So that this became just the straw that got to break the camel’s back.

With the contested expulsion of Young Africans F.C. from the domestic league at the same time, infighting at the highest level went into full swing.

NFA then announced the expulsion of NPL from the NFA for defying several ‘instructions’ from the NFA, and by that NPL was stripped of its rights to organize domestic football.

The announcement by MTC to withdraw its sponsorship of the league did justice to everything by rubbing salt in the wound of domestic football.

Months of football political wrangling at both the NFA congresses and NPL congresses kept adding fuel to the fire, while FIFA’s ‘normalisation’ attempts fell short.

The Covid-19 pandemic that kicked in early in 2020 then became the final act by an outside factor that hammered the last nail in the coffin of domestic football.

Although the NFA (unaware of the Covid-19 that was then on the way) announced in February 2020 of the founding of a new domestic league to be called the Namibia Professional Football League (NPFL), nothing serious came of it as the NFA itself was just also a house divided against itself.

In August 2021 the NPL received a ‘certificate’ from the Namibia Sport Commission (NSC) to run its own domestic football league despite the existence on paper of the rival NPFL.

But now everything, both at NPFL and NPL, is at a standstill as a result of the fact that in these circumstances no sponsorship can come on board to put on the table an amount to the tune of as much as N$25 million which is the minimum needed every season for any league to take place on professional lines.

In the photo: The logo of the new Namibia Professional Football League. 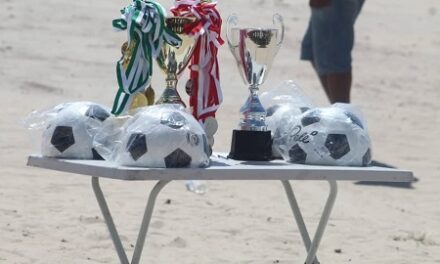 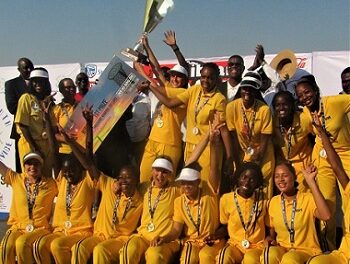 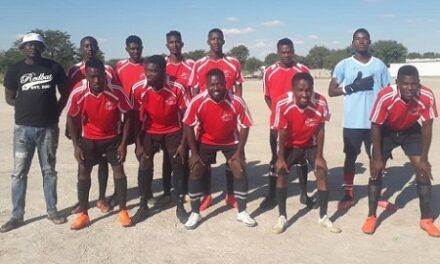 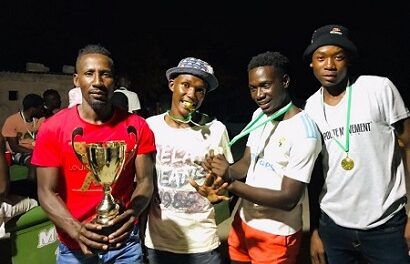